The kings of Israel turn away from God - Catholic Courier 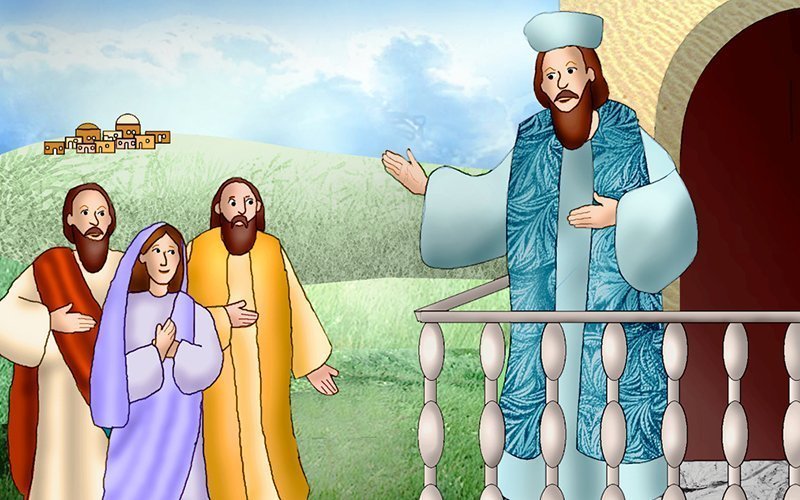 The Kings of Israel turn away from God

The Kings of Israel turn away from God

Not all of the kings who ruled over Israel served God with their hearts. Jehoiakim and Jehoiachin, both young men, followed their own ways and became evil men. God watched as king after king ruled his people and his land without following the laws of Moses and the prophets. He loved his people, even when they did not return his love. He watched and he waited, but he would not tolerate disobedience forever.

Zedekiah was only 21 years old when he became king. He, too, did not obey the Lord’s commandments, and he did not show respect to Jeremiah, the Lord’s messenger. He hardened his heart and chose not to listen to God. The princes, the priests and the people also turned away from God. They even defiled the temple in Jerusalem, which had been consecrated and made a holy place.

Still God did not turn away from his people. Instead he continued to show compassion to them and send his messengers to them. When the people heard the words of the messengers, they did not listen. They laughed at the messengers and the prophets, and they ridiculed God’s warnings.

God saw that Israel had chosen not to listen to his words. He knew he would have to deal with them more harshly. Maybe they would understand force. The army of the Chaldeans attacked Israel and was victorious over them. They looted the treasures of the temple and the palace and burned down the homes of the people. Those who were not killed or injured became captives.

Since the people of Israel did not listen to the words of the prophets, the message given by Jeremiah came to pass. “Until the land has retrieved its lost sabbaths, during all the time it lies waste it shall have rest while seventy years are fulfilled.”

Although the people of Israel ignored the words of God, Cyrus, the King of Persia, had listened. He made a proclamation. “All the kingdoms of the earth the Lord, the God of heaven, has given to me, and he has also charged me to build him a house in Jerusalem, which is in Judah. Whoever, therefore, among you belongs to any part of his people, let him go up, and may his God be with him!”

READ MORE ABOUT IT:
2 Chronicles 36

Q&A
1. How did the Israelites treat God’s messengers?
2. Who was the man who listened to God?

The Books of Chronicles tell a narrative about the history of Israel. They record stories that were not written about in the Books of Samuel and Kings. Many people believe that the books that follow the Chronicles, Ezra and Nehemiah, may have part of the same record, because they are so similar. However, scholars believe that not all of the information is historically accurate. Instead the writers were more concerned about trying to demonstrate God’s work in and through the people of Israel. Some of the earlier books of the Scriptures are mentioned in the Chronicles, so they must have been used as references. There is also mention of books that no longer exist. Much of the first section of 1 Chronicles records genealogical lists, but then moves into the story of David and his kingdom. 2 Chronicles tell us about the reign of King Solomon, David’s son.

Enda stayed at a monastery in Whithorn in Galloway, which is in present-day southwest Scotland, until he left to establish churches on both sides of the Boyne River. He also visited his sister’s husband, the king of Munster, and asked for ownership of a small island called Aran where he could found another religious building. The king wanted to give Enda what he thought was a better island but reluctantly agreed when Enda insisted on having Aran. He built a large monastery on one part of the island and 10 smaller houses on various other spots. He lived according to a very strict code, and he expected his disciples to follow his example. Enda is regarded as being one of the men who brought organized monasticism to Ireland. He died in 530, and we remember him on March 21.