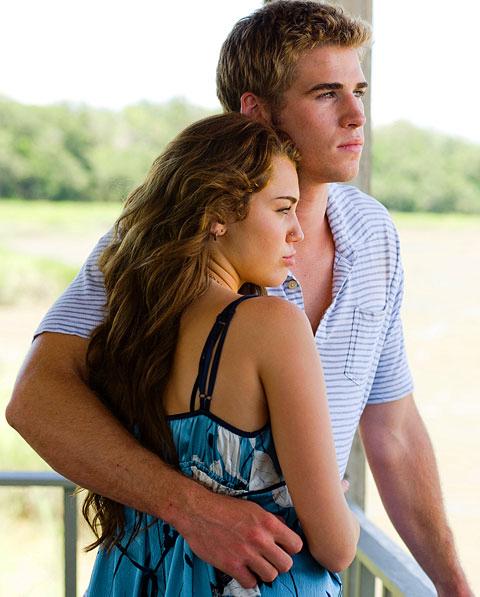 NEW YORK (CNS) — "The Last Song" (Disney/Touchstone) — a star vehicle for teen singing sensation Miley Cyrus — is an emotional rollercoaster of a movie that barely stays on the tracks as it careens, breathlessly, from one dramatic situation to the next. But, wild though the ride may be, morally there is little to object to, and a good deal to celebrate, along the way.
?
All the hallmarks of a Nicholas Sparks novel (such as the eponymous one on which the film is based) are present: two young star-crossed lovers from different worlds; families in conflict; picture-perfect scenery and a town worthy of Norman Rockwell; plenty of kissing; and a veritable ocean of tears. Fans of practicing Catholic Sparks’ other tales (and their film adaptations), such as "The Notebook" and "A Walk to Remember," will be on familiar ground here.
?
Ultimately, this is a story about fixing people who are broken through love and forgiveness.
?
Cyrus, in her first dramatic role, plays Veronica ("Ronnie") Miller, a gifted New York classical pianist who is in full-blown rebellion, having abandoned her music scholarship to Julliard and gotten arrested for shoplifting.
?
Sullen and irritable, dressed in grunge wear and sporting a nose stud, Ronnie and her younger brother, Jonah (the precocious Bobby Coleman, who nearly steals the film), are shipped off by their fed-up mother, Kim (Kelly Preston), to spend a summer with their father, Steve (Greg Kinnear), at his ramshackle beachside cabin in Georgia.
?
"We damaged them," Kim tells Steve of their seemingly amicable divorce; it’s up to Dad to fix things before the autumn leaves fall.
?
But Steve’s damaged, too, branded as an arsonist after the beloved church in town burned to the ground. A musician-cum-artist, he spends his days creating a stained-glass window of an angel for the new church, and his nights playing the piano, composing a new song.
?
He enlists Jonah as his glassworks apprentice, and father and son quickly bond as the still-moody Ronnie roams the boardwalk, her scowls clashing with a storybook land of sun-swept beaches, carnival rides, cotton candy and well-scrubbed teens. Predictably, she falls in with the wrong crowd.
?
But not for long; Ronnie is knocked off her feet — literally — by Will (Liam Hemsworth), a hunky volleyball player who is not, we soon discover, just another pretty boy. Will quotes Tolstoy, saves baby sea turtles, and takes Ronnie home to his family’s plantation to meet the folks, all of which makes for a far from typical Romeo-meets-Juliet romance.
?
Ever the Southern gentleman, Will accedes to Steve’s command of "No funny business. Hands off." The result is a family-friendly film where chaste kisses rule and a playful roll in the mud provides an excuse to hose down in front of the parents.
?
As Steve breaks a lot of glass and assembles his creation, a heavenly light begins to shine on all the dark corners of the family members’ lives.
?
Ronnie is transformed by love, helping her peers in the community turn away from bad habits such as telling lies, binge drinking and remaining in relationships with abusive boyfriends. She rediscovers her gift of music, and learns to appreciate life since — as the script reminds us — you never know when that last song will be played.
?
Directed by Julie Anne Robinson, "The Last Song" has positive messages for viewers of all ages. "Music and love will bring you joy," Steve tells his daughter. Mom is even more forthright about redemption and second chances. "People make mistakes, even the people we love," she tells her daughter. "We forgive, and we move forward."
?
The film contains some scenes of teenage drinking, a few mildly crass terms, and brief images of a fire that could frighten very young viewers. The USCCB Office for Film & Broadcasting classification is A-II — adults and adolescents. The Motion Picture Association of America rating is PG — parental guidance suggested.
?
– – –
?
McAleer is a guest reviewer for the Office for Film & Broadcasting of the U.S. Conference of Catholic Bishops. More reviews are available online at www.usccb.org/movies.