New 'The Legend of Zelda' release is ideal for newcomers, fans - Catholic Courier 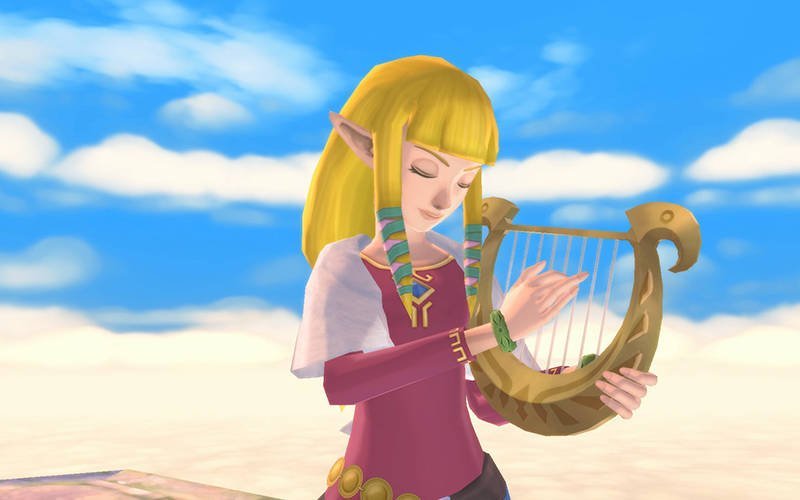 This is a scene from the video game “Legend of Zelda: Skyward Sword HD.” The Catholic News Service classification is A-II — adults and adolescents. The Entertainment Software Ratings Board rating is E — everyone. (CNS photo by Nintendo)

NEW YORK (CNS) — “The Legend of Zelda: Skyward Sword HD” (Nintendo) is an upgrade on a game released 10 years ago. It extends a franchise of remarkable proportions spanning decades and is ideal for newcomers and longtime fans of the series alike.

While it’s family-friendly for the most part, however, its myths might be confusing for impressionable tots.

According to this backstory, three goddesses created a unique power, the Triforce, which can grant any individual his or her heart’s desire. The Demon King Demise seeks to seize this power for himself. To prevent this, another deity, Hylia, temporarily locked Demise away and swept the people his plot threatened into a realm above the clouds called Skyloft for safekeeping.

When his childhood friend Zelda, the princess of Skyloft, is kidnapped, a young hero named Link goes in search of her. He’s out not only to save Zelda but to protect his home from Demise and those who wish to free the villain.

Although Link is armed with swords, boomerangs and bows, the combat in which he engages is fantastical and involves no gore. Most of his adversaries are nonhuman and, when slain, simply disappear in a cloud of smoke.

Despite his title, Demise is a fantasy creature who bears little resemblance to the demons of Christian tradition. The same can be said for his evil cronies.

Motion controls featured prominently in the original title but are optional in the remaster. That will benefit players who prefer to move a control stick rather than swing their arms through the air. More broadly, all but the youngest gamers will appreciate the enchanting storyline and quality-of-life improvements on offer here.

The game contains nonscriptural religious themes and cartoonish violence. The Catholic News Service classification is A-II — adults and adolescents. The Entertainment Software Rating Board rating is E — everyone.