The Lion of Judah - Catholic Courier 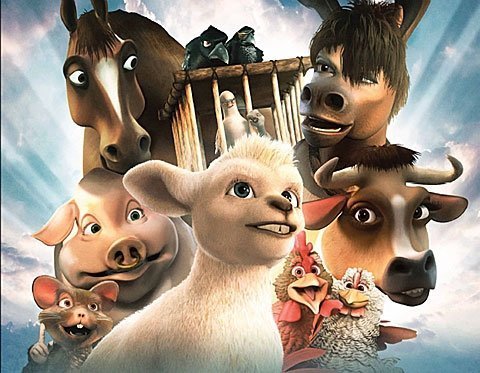 NEW YORK (CNS) — "Charlotte’s Web" meets the New Testament in "The Lion of Judah" (AMG), a 3-D animated musical that re-imagines the events of the first Holy Week through the adventures of a bunch of wisecracking animals.

Although its retelling of Christ’s passion, death, and resurrection is oversimplified and often takes a back seat to some pretty lame jokes, "The Lion of Judah" does provide a worthy introduction for very young children to the story of salvation and the basic tenets of Christianity.

Judah (voice of Georgina Cordova) is a spunky lamb who thinks he’s a lion. (This is a fitting double identity, since traditional titles for Jesus include both "the Lamb of God" and the titular honorific.) Chosen as the Passover sacrifice because he’s pure and unblemished, Judah is being transported to Jerusalem in a cage.

During an overnight stay in a stable, Judah busts out, and meets a sitcom-worthy group of animals, led by Slink, a wise rat (voice of Ernest Borgnine). There’s also a sassy rooster named Drake (voice of Alphonso McAuley); Esmay, a motherly cow (voice of Sandy Patty); Horace, a pig with digestive problems (voice of Omar Benson Miller); and Monty, a very nervous horse (voice of Anupam Kher).

Judah, clueless as to his fate, is returned to his cage, along with a stowaway, Drake. So the remainder of the menagerie band together and follow the caravan to the Holy City to set their friends free. There they’re assisted by a flock of Mafia-like ravens and by Jack, a teenage donkey with attitude (voice of Scott Eastwood).

We soon discover that these are no ordinary stable dwellers, but the same ones present in Bethlehem 33 years earlier, when the Savior was born. Now they are to experience the apparent end of the story, as well as the unanticipated new beginning beyond it.

Before doing so, however, they must find Jesus (voice of Bruce Marchiano), for only he can set Judah free, along with the other animals awaiting sacrifice at the Temple.

Groaning gags abound. "We are martyrs for the Lord," proclaims a proud dove. "Martyr? Did he say tartar? Like tartar sauce?" responds Drake. You get the picture.

The Scripture lesson — which includes the cleansing of the Temple ("Not orthodox, but effective," quips Slink) and Peter’s denial (Drake provides the crowing) — is told in shorthand, with much left on the cutting-room floor.

There’s no mention, for instance, of the Last Supper or the Eucharist, and the animals are the only witnesses to Jesus’ death on the Cross and his Resurrection. So much for Mary, the mother of Jesus, and St. John the Evangelist, not to mention Mary Magdalene!

Nevertheless, as directed by Deryck Broom and Roger Hawkins, "The Lion of Judah" is a family film with a worthy intention and some catchy tunes.

The Catholic News Service classification is A-I – general patronage. The Motion Picture Association of America rating is PG — parental guidance suggested. Some material may not be suitable for children.