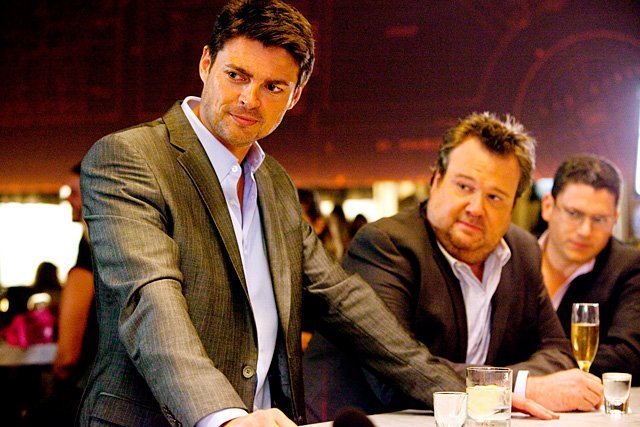 Director Erik Van Looy’s remake of his 2008 Dutch-language film "Loft" sets up unsympathetic characters who somehow manage to be even less than one-dimensional, then plunges these stick figures into a situation in which all are suspected of murder.

No, it’s not a satire, even when the cast spout such flat dialogue as "Check out all the babes — so hot!" It’s all, apparently, meant to be taken in earnest, even at its most inept.

Despite being blessed with beautiful, accomplished wives, professionally successful Vincent, Chris, Luke, Marty and Phillip (Karl Urban, James Marsden, Wentworth Miller, Eric Stonestreet and Matthias Schoenaerts, respectively) all share access to a luxurious loft apartment, which they use exclusively as a venue for adultery.

Even before any crime takes place, interlocking and highly confusing motives prevent the members of this tawdry ensemble from being fully honest with each other.

Then the day comes when they find the handcuffed corpse of Sarah (Isabel Lucas), a real estate agent, lying on their flat’s capacious bed. For an added twist, the killer has written in blood on the headboard: "Fatum nos iunget" — grammatically debatable Latin for "Fate has joined us."

The movie jumps between the discovery of the victim, flashbacks to how everyone got to this point, and particularly foul-mouthed interrogations by police detectives. Blithe tampering with a crime scene is the least of this drama’s moral deformities.