The Lucky One - Catholic Courier 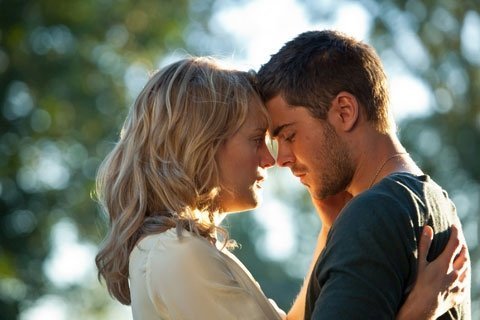 NEW YORK (CNS) — Ah, how time flies. Wasn’t it only yesterday that we were watching Zac Efron sing and dance his way through high school? And here he is in “The Lucky One” (Warner Bros.), all grown up and a Marine veteran of the Iraq War to boot (no Parris-Island pun intended).
¬†
This being a Nicholas Sparks property, we linger by the troubled rivers of Babylon only long enough to learn that Efron’s character — Sgt. Logan Thibault by name — has earned the titular accolade by surviving at least two close calls. Logan attributes his good fortune to the photograph of an attractive young stranger he accidentally discovered in the midst of battle. So, on returning home, he seeks her out to thank her.
¬†
By identifying the lighthouse that looms in the background of the image — what are the odds? — Logan finds himself in the Hallmark card-perfect rural setting of fictional Hamden, La. There the object of his search turns out to be local kennel owner Beth Green (Taylor Schilling).
¬†
Logan is too tongue-tied, during their first encounter, to explain the nature of his quest — thus storing up plot complications for the future. But he makes a better impression on Beth’s wise grandmother, Ellie (Blythe Danner), who hires him to help out with the dogs. And Logan soon hits it off with Beth’s clever-beyond-his-years young son, Ben (Riley Thomas Stewart), as well.
¬†
Despite some initial resistance on Beth’s part — it takes her a full 30 minutes of screen time to wake up and smell the pheromones — and to the dismay of her scheming ex-husband Keith (Jay R. Ferguson), the black-hat town deputy, our two destined lovebirds inevitably fall for each other.
¬†
Director Scott Hicks confects a serviceable date movie from Catholic author Sparks’ novel, as written for the screen by Will Fetters. Attention is diverted from the jumbo improbabilities at work by Alar Kivilo’s luxuriant cinematography of Cajun-country sunsets and such as well as by some wry observations from Granny and Ben.
¬†
But the generally amiable proceedings — which register, at times, like a prolonged iced tea commercial — are marred by a couple of overheated scenes glamorizing the as-yet unwed leads’ serial bedroom encounters. Though relatively brief, they strictly preclude viewership by any but adults.
¬†
The film contains a benign view and semigraphic portrayal of premarital sexual activity, a reference to out-of-wedlock pregnancy, at least one use of profanity and a handful of crude and crass terms. The Catholic News Service classification is A-III — adults. The Motion Picture Association of America rating is PG-13 — parents strongly cautioned. Some material may be inappropriate for children under 13.
¬†
– – –
¬†
Mulderig is on the staff of Catholic News Service.