The Magi try to find the infant Jesus - Catholic Courier 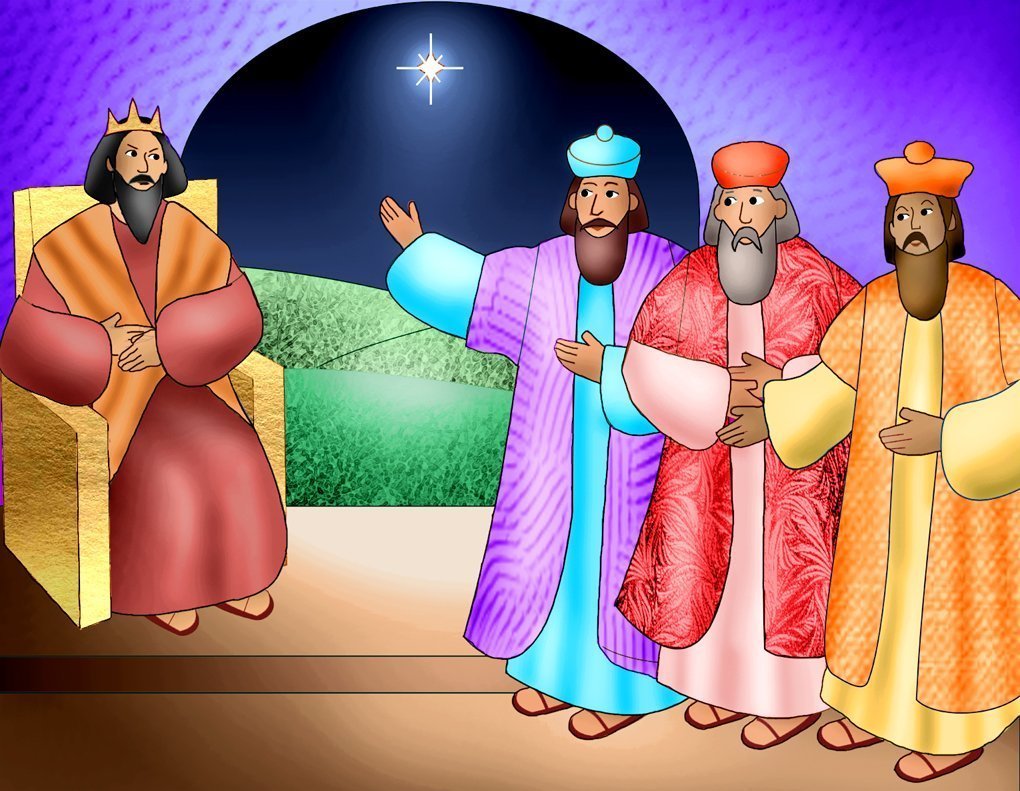 The Magi try to find the infant Jesus

The Magi try to find the infant Jesus

After his parents, Joseph and Mary, had traveled for a long time for the census, Jesus was born in Bethlehem. After the birth of Jesus, the Magi form the east came to Jerusalem. They did not know anyone in the area, so they began asking, “Where is the newborn king of the Jews? We saw his star at its rising and have come to do him homage.”

Eventually this news reached Herod, the king. He was very angry. He summoned the chief priests and the scribes and asked them where this king of the Jews, the Messiah, was going to be born.

“In Bethlehem of Judea,” they said, “for thus it has been written through the prophet: … ‘Since from you (Bethlehem), shall come a ruler, who is to shepherd my people Israel.’”

After hearing this message, Herod sent for the Magi so he could speak to them personally. He wanted to know when they had first seen the special star they spoke of. Then he told them to go to Bethlehem and said, “Go and search diligently for the child. When you have found him, bring me word, that I too may go and do him homage.” The Magi left the king’s palace and immediately set off for Bethlehem.

They followed the star and they found Jesus under its light. They rejoiced and bowed when they found Mary was holding him. They presented him with gifts worthy of a king, gold, frankincense and myrrh. But later they were warned in a dream not to return to Herod. Instead they left for home by a different route.

After the Magi had left, an angel appeared to Joseph in a dream. He said, “Rise, take the child and his mother, flee to Egypt, and stay there until I tell you. Herod is going to search for the child to destroy him.”

Joseph woke up in the middle of the night and left for Egypt under the cover of the darkness. He did not return until he had heard that Herod was dead. This fulfilled the prophecy made by Hosea, which said, “Out of Egypt I called my son.”

READ MORE ABOUT IT:
Matthew 2

Q&A
1. What led the Magi to Jesus?
2. Why did Joseph take his family to Egypt?

The terms “Messiah” and “Christ” both have their origins in words from Greek and Hebrew that mean anointed. This anointing is talked about in the Old Testament and means the ceremony where a king or a high priest was anointed with oil. The anointing symbolized their power of leadership or authority and the receipt of a special blessing from God.

There were many prophecies that said a Messiah would come to save Israel, and he would be a descendent of the line of David. Not everyone believed that Jesus was the Messiah, and Jesus spoke more about obeying the will of God and loving each other than he did about proclaiming himself as the Messiah. Peter recognized Jesus when he said in Mark 8, “You are the Messiah.”

Anastasia (d. 304) led a life filled with persecution from unbelievers and miraculous intervention by God. She was married to a pagan man named Publius. She ministered to Christians who were in prison. This angered her husband and he told her to stop. He did not even want he to leave the house. She continued to write to Chrysogonus, who was later declared a saint himself and who had been her spiritual adviser.

After the death of her husband, Anastasia continued aiding Christians who were persecuted or in prison. She was eventually arrested and set adrift on a prison ship and abandoned. St. Theodata appeared in a vision and guided the ship safely to land, which inspired the non-Christians on the ship to believe in God. Anastasia was later killed for the faith, which she never gave up. We honor her on Dec. 25.