The many faces of addiction - Catholic Courier 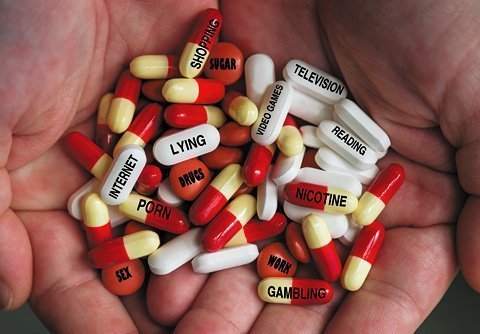 EDITOR’S NOTE: The names of some people interviewed for this story were withheld in order to protect their privacy.

You avoid abusing drugs and alcohol. That means you’re not prone to addiction, right?

Before making that assumption, it may be worth asking yourself if you:

* Can’t tear yourself away from your iPad or smart phone.

* Work 60 hours a week when you’re not required to do so.

* Are so involved with your local church or social/fraternal organization that you often miss dinner with your spouse and children.

* Engage so frequently in other activities — even those that may seem harmless or even admirable — that your job, relationships, financial state and/or health are put at risk.

Deacon Gregory Doyle, who in 1981 founded Rochester’s Matt Talbot Ministries to assist people with addictive behaviors and those affected by them, said his staff has been dealing in recent years with an expanded variety of addictions as science and social change have broadened the definition of addiction. Now included on the list of potential additions — along with drinking and drugs — are sex/pornography, the Internet, shopping, religion, sugar, gambling, caffeine, nicotine, work, television, reading, performance/exercise, stealing, food, perfectionism, relationships, control, laziness, manipulation, caretaking and lying.

Deacon Doyle and his daughter-in-law, Lauren, the executive director of Matt Talbot Ministries, explained that addiction occurs when one’s life has become unmanageable and out of balance.

Social worker and counselor Ann Domingos, who has worked primarily with drug and alcohol addicts, agreed that the addictive mind works the same regardless of what has overtaken it.

We’re all prone to addiction simply because of our humanness, the Doyles observed, while Domingos pointed out that she’s worked with people from all socioeconomic backgrounds and life circumstances.

"Addiction does not care where you come from," she remarked.

An addictive substance or activity provides feelings of pleasure or relief from pain, Domingos said, noting that the frequency of usage increases as addicts build their world around their addictions — even when they’re aware of the negative consequences.

"If someone is addicted, the rational part of your brain does not override the chemical piece of your brain," she said. "If you keep chasing that feeling, eventually you’re going to (experience) a knee operation if it’s running, credit-card debt if you’re shopping, losing your family if you’re always at work."

She observed that addiction starts out slowly, beginning with sporadic activity before becoming a habit and then a compulsion: "There’s a progression to it; that’s why there’s denial. People lose control without really knowing that they’ve lost the control."

While it’s hard to predict who will become addicts and who won’t, Domingos said that many people have genetic dispositions that increase the likelihood of addiction. She added that addictions can overlap with compulsions and such mental conditions as obsessive-compulsive disorder.

Meanwhile, the Doyles noted that addiction can go beyond a dependence on substances or activities, surfacing as well within interpersonal relationships. Caretaking, for instance, "can go overboard. Nothing is left for you, your kids or God," Lauren Doyle said.

Theresa and Gary (not their real names) found this to be the case after they began visiting Matt Talbot Ministries nearly 20 years ago, as they struggled to cope with the drug and alcohol addictions of their two sons. Through their sessions there, they discovered that they, also, were addicted — to caretaking. Theresa and Gary came to realize they’d fallen into codependency. Despite their good intentions, they had become so involved in their caretaking roles that they were ignoring their own needs and not helping their sons move toward recovery.

"It’s easy to make excuses for them — ‘Sorry, he didn’t feel well today’ — and believe that it’s all going to be OK," Theresa said. "It’s well-meaning, but it’s misplaced well-meaning. We didn’t want to see it. You kind of protect yourself from that kind of thing."

Theresa learned how to "not put yourself in a situation where you’re focusing on these problems to where it takes your own sense of value away. Somehow you have to stop that chaos and live your life, and you let the (sons) go and let them find answers."

Gary added that he’s now aware that "with addiction, those who are dealing with the addict are often the ones who have to change."

In order for such change to begin, Matt Talbot Ministries digs in on the four "Ds" — denial, defense, delusion and dysfunction — all of which stand in the way of honestly viewing the extent of an addiction.

"You have to be willing to acknowledge and accept your own stuff," Lauren Doyle said. Yet she said that with many addictions, "people think they’re normal. They don’t see the unmanageability." Rather, she said, they may focus on the addictions of others, such as celebrities: "They think, ‘I’m not one of those.’ They have an image of other people being worse."

Domingos added that addicts naturally dig in their heels because they can’t bear the thought of parting with their addictions. Yet she said if they do seek help, that signals a crack in the facade that makes recovery possible.

"People don’t want to stop their addiction until the consequences generally are painful," said Domingos, who left St. James Mercy in mid-August to become vice president of support services for Arbor Development, a housing agency in Bath for people in need.

"What happens for people is that the addiction stops working for them," Domingos continued. "It starts out as a tool for them but it stops working. Really, what they want to give up is the pain that’s associated with it — the pain for them, their families, their employers. I could write a book; some of it is very heartbreaking."

Mercycare and Matt Talbot Ministries employ many components of the 12-step program made famous by Alcoholics Anonymous. Among those steps are for the addict to admit powerlessness over the addiction; acknowledge a higher power to provide strength in recovery; and address past errors and make amends for them. Domingos also noted the importance of identifying the underlying feelings and circumstances that may have sparked the addiction.

Spirituality is the cornerstone of the nondenominational Matt Talbot Ministries, which depends less on science and psychology than many other rehabilitation services. The Doyles said their ministerial experience has shown their approach to be highly effective in recovery.

"That’s why we’re in business," Deacon Doyle said, explaining that addicts may feel recovery is impossible until they come to believe that with God, anything is possible.

"They can stop if they commit themselves to God," he stated. "On your own you can’t stop, period."

"When you reach into the spirit, it’s entirely different," Theresa added.

Deacon Doyle said he believes addictive behavior is an essentially selfish act — and that in order to restore a healthy spiritual balance to one’s life, the addict must become more focused on the needs of others. In the process to remove all temptations, he noted, the addict also will have to alter his or her environment and social circles.

"Your friends change when you get into recovery," Deacon Doyle said.

But making such profound changes is a mighty tall order in the face of temptation and withdrawal symptoms. Thus, Domingos and the Doyles acknowledged that recovery is not guaranteed and that the specter of relapse may never be far away.

"People think, ‘I’ve got this licked, I know when to stop.’ Then they start all over again," Lauren Doyle said. "A lot of people don’t want to commit. They don’t want to follow the discipline you need in good recovery."

Theresa, Gary and their sons have managed to stick to their disciplines in recent years, and as a result "everybody is in recovery and doing well," Theresa said. Yet she said she doesn’t assume that addiction won’t flare up again, so she approaches all their recoveries as a daily process. Lauren Doyle said this is a wise mind-set, stressing the importance of meditation, prayer, exercise and attendance at support meetings in maintaining recovery and serenity.

The Doyles said they’ve seen numerous success stories over the years. Deacon Doyle, for instance, keeps in touch with a sexaholic who has begun a successful support ministry for other sex addicts, and with an alcoholic priest from another diocese who has returned to parish ministry "happy and content as can be."

"Many people still call us, living their lives with a lot of joy," Lauren Doyle said.

Deacon Doyle said people who have contact with addicts can play an important role in recovery as well, by understanding the stranglehold of addiction and not expecting the addicts to suddenly drop their destructive behaviors. Domingos agreed, saying addicts stand a better chance of recovery if those around them appreciate "the humanity behind addiction" and offer support rather than criticism.

"These are human beings who are just trying to, for the most part, live their life the way anybody else is. They all had the same dreams and aspirations as young people. I mean, addicts are not bad people. And I think a lot of society views them as bad people," Domingos said. "I truly don’t believe that 99.5 percent of the addicted population wants to be addicted."