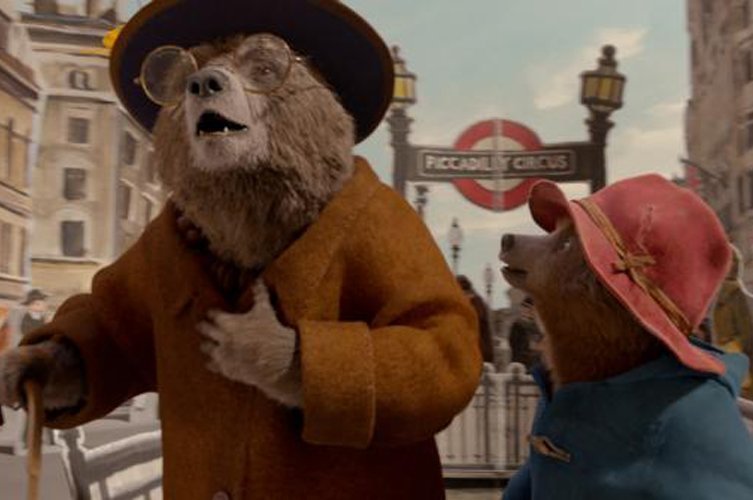 NEW YORK (CNS) — Unlikely as it seems, “Paddington 2” (Warner Bros.), an endearing blend of animation and live action, sends the much-loved bear of its title (voice of Ben Whishaw) to the slammer. More predictably, once imprisoned — in a grim Victorian fortress of a jail — he still manages to exert his trademark charm on all around him.

The warm goodness and jaunty joking that pervade writer-director Paul King’s follow-up to his 2015 original are only slightly marred by some ridiculous wordplay that may have a few parents frowning momentarily. And the smallest members of the family may be scared by a few action scenes. Otherwise, however, this is an appealing adventure for a broad range of moviegoers.

Once again based on the series of books by recently deceased author Michael Bond, to whom the film is dedicated, the proceedings initially find Paddington far from his roots in the Peruvian jungle, having settled into a cozy domestic life with the Browns, the very British human family that adopted him in the first screen outing.

Led by dad Hugh Bonneville and mom Sally Hawkins, the Brown household is rounded out by daughter Judy (Madeleine Harris), an aspiring journalist, son Jonathan (Samuel Joslin), who fears his love of steam trains is not cool, and housekeeper Mrs. Bird (Julia Walters). With their affection to bolster him, Paddington leads a contented existence munching on marmalade sandwiches and helping his neighbors in small but thoughtful ways.

His happy routine is rudely interrupted, however, when he is accused and convicted of stealing an antique book. Far from purloining the volume, Paddington had earlier taken a job in order to save up enough money to purchase it as a gift for his cherished Aunt Lucy (voice of Imelda Staunton).

None-too-subtle clues point to neighborhood fixture Phoenix Buchanan (Hugh Grant), an egotistical actor who has recently been reduced to making dog-food commercials, as the real culprit. While Paddington makes friends with his fellow inmates, including the jail’s initially ferocious hardened criminal of a cook, Knuckles McGinty (Brendan Gleeson), the Browns work to clear his name.

Lessons about family loyalty and the importance of looking for the good in everyone are served up along with heavy doses of cartoonish but very enjoyable comedy. The result is a treat as soothing as a good cup of tea on a foggy day in London town.

The film contains perilous situations and brief childish anatomical humor. The Catholic News Service classification is A-I — general patronage. The Motion Picture Association of America rating is PG — parental guidance suggested. Some material may not be suitable for children.