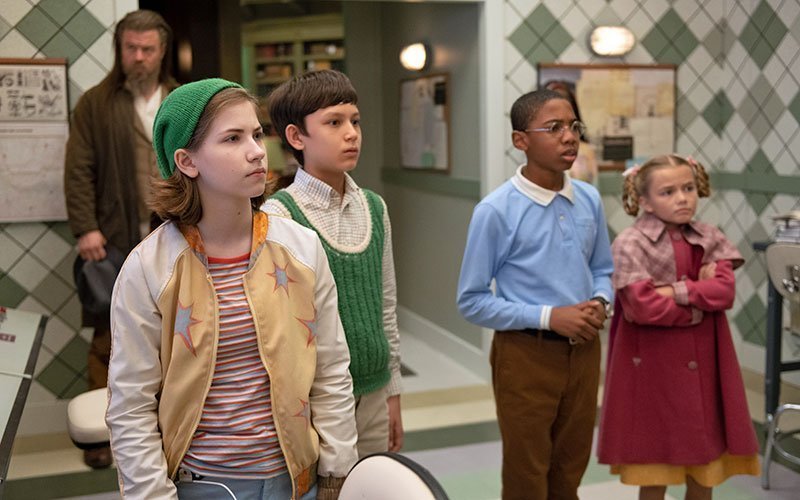 NEW YORK (CNS) — Despite its title, “The Mysterious Benedict Society” is no enigma. Rather, it’s an entertaining, kid-friendly series on Disney+.

Based on the popular novels by Trenton Lee Stewart, the program is an engaging mix of adventure and humor that follows a quartet of spunky tweens as they navigate the tricky waters of maturity, building relationships and learning to trust — all the while saving the world.

The first three of the show’s eight episodes are streaming now. New installments will become available each Friday through Aug. 6.

There’s a global crisis afoot called The Emergency, which has cloaked the world in fear and brought it to the verge of economic collapse. Mr. Benedict (Tony Hale), an eccentric recluse, is convinced that a sinister force is behind the panic, spreading disinformation through subliminal messages hidden in television and radio broadcasts.

Since Benedict suspects the source of this brainwashing to be a school called the Learning Institute for the Very Enlightened, his rescue plan will require the cooperation of kids willing to pose as students there. And not just any children; only the best and brightest will do. Much like Willy Wonka, accordingly, Benedict holds a contest — the ostensible prize of which is tuition-free education at a local academy.

With some reservations, this Harry Potter-esque team agrees to help their oddball patron and forms the eponymous organization. “You see and care for others,” Benedict tells them with confidence. “You’re the only ones capable of seeing the truth, and together you are immensely powerful.”

Despite their mentor’s assured attitude, however, things get complicated after it turns out that the Institute’s headmaster, Dr. Curtain (also Hale), is none other than Benedict’s twin brother.

Based on the episodes screened, “The Mysterious Benedict Society” is a summertime treat. It offers wholesome, escapist fun for the entire family.