The popular toy, 'My Little Pony', saddles up for the big screen - Catholic Courier 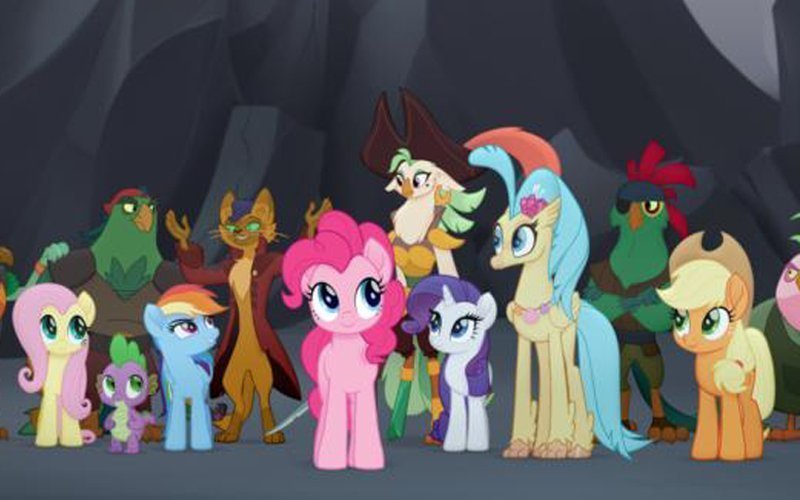 Animated characters appear in the movie "My Little Pony: The Movie". (CNS)

NEW YORK (CNS) — Looking for an instant sugar rush but don’t want all those empty calories? Saddle up and lasso “My Little Pony: The Movie” (Lionsgate), a super-sweet animated musical featuring those candy-colored Hasbro toys.

Amid relentless prancing and preening, smiles and squeals, and some toe-tapping tunes, these magical quadrupeds have an important message to convey to their young fans: Friendship is paramount.

For the uninitiated, the mythical land of Equestria is home not only to ponies but unicorns and alicorns, or unicorns with wings. Twilight Sparkle (voice of Tara Strong) is the resident Princess of Friendship, one of four princesses who govern with sweetness and benevolence. She’s busy organizing a gala festival featuring the “mane” event, a musical performance by pop star Serenade (voice of Sia).

Twilight is assisted by her very best friends: Applejack and Rainbow Dash (both voice of Ashleigh Bell), Pinkie Pie and Fluttershy (both voice of Andrea Libman), and Rarity (voice of Tabitha St. Germain).

Everything is sunshine and rainbows until a menacing airship disgorges the dark unicorn Tempest Shadow (voice of Emily Blunt). Tempest has a broken horn — a very bad sign — and a major ax to grind. Bullied as a colt, she now seeks revenge, making a pact with the evil Storm King (voice of Liev Schreiber) to crush Equestria and steal the princesses’ powers.

Twilight and her posse — code name “Mane 6” — manage to escape Tempest’s wrath, and hatch a plan to restore Equestria to its blissful state. Coming to their aid are parrot pirates, sea ponies, and a con artist cat named Capper (voice of Taye Diggs).

Along the way, to reinforce the central message, our heroes warble tunes like “We Got This Together,” “I’m the Friend You Need,” and “Time to Be Awesome.”

Director Jayson Thiessen deserves a great big hug for keeping the adventure moving and juggling multiple characters and personalities. Some of the action scenes may be a bit intense for the youngest of viewers, but not to worry — there’s always a rainbow and a smile just around the corner.

Preceding “My Little Pony: The Movie” is a short film, “Hanazuki: Full of Treasures,” featuring more Hasbro toys as they encounter a friendly monster.

The film contains mild cartoonish action and brief bathroom humor. The Catholic News Service classification is A-I, general patronage. The Motion Picture Association of America rating is PG, parental guidance suggested. Some material may not be suitable for children.
– – –