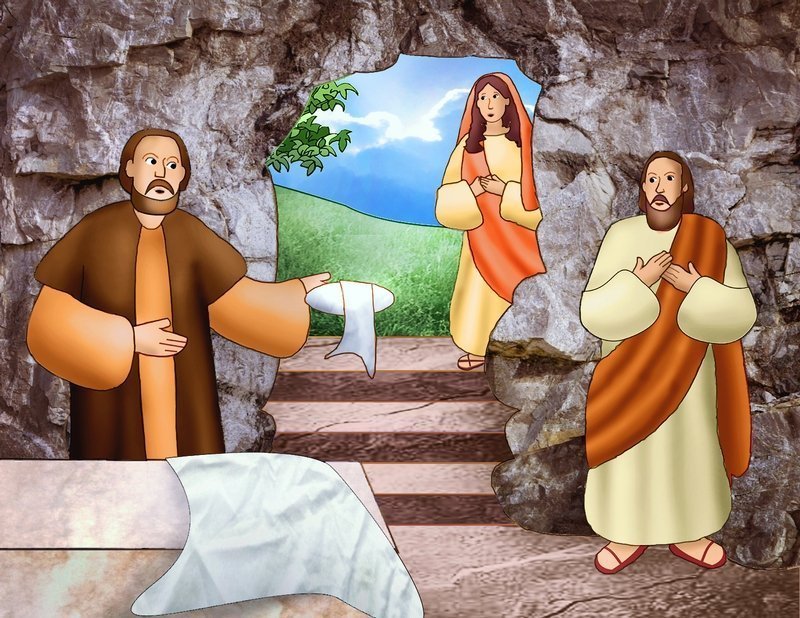 The risen Jesus appears to Mary

The risen Jesus appears to Mary

After Jesus’ crucifixion and death, Joseph of Arimathea, a secret follower of Jesus, asked Pontius Pilate for the Lord’s body so he could bury him according to Jewish customs.

Pilate said yes. It was Friday, the day the Jews were preparing for Passover and the special Saturday Sabbath. So Joseph and a man named Nicodemus quickly put spices on Jesus’ body, wrapped him in burial cloths and laid him in a nearby tomb.

On Sunday morning, Mary of Magdala visited the tomb while it was still dark. She saw that the large, heavy stone in front of the tomb had been removed. She immediately ran to find the apostles.

“They have taken the Lord from the tomb, and we don’t know where they put him,” she cried when she found Simon Peter and the apostle whom Jesus loved.

Both men ran to the tomb as fast as they could. The apostle whom Jesus loved arrived first and saw Jesus’ burial cloths inside the tomb but did not go in.

Simon Peter arrived moments later and went inside. He, too, saw the burial cloths, and also the cloth that had covered the Lord’s head. This cloth was rolled up and placed in another part of the tomb.

The apostles realized what Mary had said was true, but they did not understand that Jesus had risen from the dead. So they went home.

Mary, however, stayed and wept, because she thought Jesus’ body had been stolen.

As she cried, she looked inside the tomb and saw two angels.

“Woman, why are you weeping?” they asked.

“They have taken my Lord, and I don’t know where they laid him,” she answered.

As she spoke, she turned and saw a man whom she thought was the gardener. She begged him to return Jesus’ body, not realizing that she was talking to Jesus himself.

“Mary!” the Lord said. Her heart filled with joy as she recognized him.

“Go to my brothers and tell them, ‘I am going to my Father and your Father, to my God and your God,'” the Lord told her.

She found the apostles and announced, “I have seen the Lord,” and told them what he had said.

1. What did Simon Peter see inside the tomb?

2. Who was the person Mary thought was the gardener?

Mary of Magdala was not the only person to whom Jesus appeared on the very day of his resurrection.

In Luke 24, two of the Lord’s followers were walking from Jerusalem to the nearby village of Emmaus on that Sunday. As they talked about what had happened to Jesus, the Lord began walking with them, but they did not recognize him. Jesus asked what they were talking about, and they told him all that had happened, ending their story with news of the empty tomb and the angels who said Jesus was alive. Jesus then explained to them the Scriptures that talked about his resurrection.

When the trio came to Emmaus, the two men asked Jesus to eat with them. As Jesus was breaking and blessing bread, they recognized him, but he disappeared.

That same evening, the two men came back to Jerusalem to tell the apostles that Jesus had been raised from the dead. The apostles were in a locked room because they were in fear for their lives. Just then Jesus appeared in their midst.

At first, everyone was afraid because they thought Jesus was a ghost. Jesus proved he was alive by eating some baked fish and having his followers touch him.

When they realized that the Lord was truly alive, the apostles were filled with joy and amazement.

Isidore (d. 636) was taught by his older brother, Leander, who also is a saint. Isidore became the greatest teacher in Spain and the most educated man of his time.

When Leander died, Isidore replaced him as the bishop of Seville. He was known for calling many councils and for writing many works.

Before he died, he asked for his sins to be forgiven and gave his possessions to the poor. He was named a doctor of the church in 1722, and we honor him on April 4. 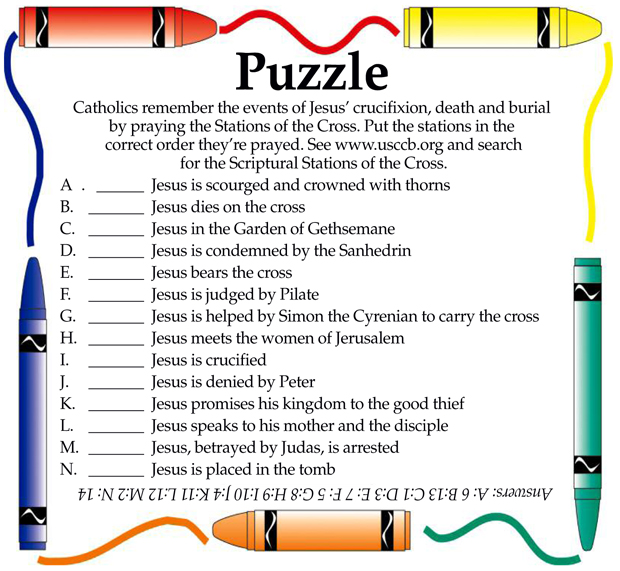