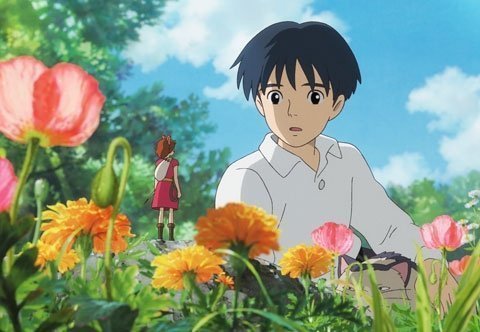 NEW YORK (CNS) — From Japan’s celebrated animation outfit Studio Ghibli and director Hiromasa Yonebayashi comes the poignant fable “The Secret World of Arrietty” (Disney).
¬†
As remade in English under the supervision of Gary Rydstrom — the Japanese original was released in 2010 — this kid-friendly feature can be wholeheartedly recommended for all but easily terrified tots, who might be put off by its few interludes of looming menace.
¬†
Based on Mary Norton’s Carnegie Medal-winning 1952 children’s novel “The Borrowers,” the film begins with the arrival at a secluded country house of sickly 14-year-old Shawn (voice of David Henrie). A heart patient, Shawn has been sent to the quiet manse to prepare for a risky operation.
¬†
There he accidentally discovers a family of miniature people — dad Pod (voice of Will Arnett), mom Homily (voice of Amy Poehler) and daughter Arrietty (voice of Bridgit Mendler) — sharing the dwelling with him and with its other usual human inhabitant, meddlesome housekeeper Hara (voice of Carol Burnett).
¬†
Like others of their kind, known collectively as Borrowers, Arrietty’s diminutive clan survive by “borrowing” small, easily overlooked items from their towering neighbors — a single cube of sugar, for example, or an individual tissue. In addition to daring nighttime raids into the oversized human world, however, this lifestyle also requires absolute secrecy.
¬†
So, despite his best intentions to the contrary, Shawn’s insistence on befriending Arrietty — and trying to help her parents — imperils the little trio’s previously happy life together.
¬†
Beautifully crafted visuals and a tone of gentle melancholy characterize this meditative tale. Shawn’s temporary home is surrounded by the kind of garden in which Monet might have flourished. But nearby are dark, mysterious woods — and the rains come often.
¬†
As penned by Hayao Miyazaki and Keiko Niwa, and translated by Karey Kirkpatrick, the script contrasts the materialism of Shawn’s unseen parents — who, we learn, are too busy with their careers to accompany their ailing son and tend to his needs — with the deep bonds and traditional values that unite Shawn’s newfound pal and her devoted folks. The ingenuity, frugality and close cooperation that enable the Borrowers to flourish are also implicitly celebrated.
¬†
The film contains brief mild peril. The Catholic News Service classification is A-I — general patronage. The Motion Picture Association of America rating is G — general audiences. All ages admitted.
¬†
– – –
¬†
Mulderig is on the staff of Catholic News Service.