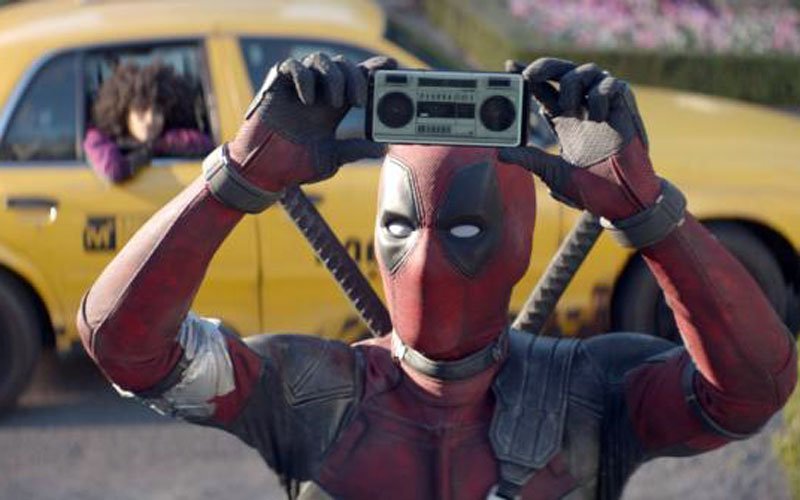 Ryan Reynolds stars in a scene from the movie "Deadpool 2." (CNS photo by Twentieth Century Fox)

NEW YORK (CNS) — A second helping of excessively violent action with a side of foul-mouthed sarcasm is on offer in “Deadpool 2” (Fox), director David Leitch’s follow-up to the 2016 original.

Lost amid the mayhem is some potentially interesting ethical material as well as a few genuinely funny one-liners.

This time out, the titular smart aleck (Ryan Reynolds, who also co-wrote the script) has to cope not only with the horrible disfigurement he suffered in the first movie, but with guilt and loss. Gangsters aiming to kill him accidentally murder his live-in girlfriend, and ex-fiancee, Vanessa (Morena Baccarin), instead, just after the couple has agreed to have a child.

Wracked by remorse, immortal Deadpool finds his inability to die and rejoin Vanessa an unbearable burden and attempts a spectacular suicide — to no avail, of course. It’s not the only time we see the antihero gruesomely dismembered.

During a brief visit to the film’s cozily domestic version of the afterlife, Vanessa tells Deadpool that they can’t be reunited yet because his heart isn’t in the right place. But he soon gets an opportunity to put it there.

Resuscitated by Colossus (voice of Stefan Kapicic, body movements by Andre Tricoteux), a member of the X-Men, Deadpool — who is anything but a team player — reluctantly agrees to join that force. Though the collaboration turns out to be a short one, it draws Deadpool into the case of Russell (Julian Dennison), aka Firefist, a young flame-casting mutant.

Firefist is being pursued by Cable (Josh Brolin), a time-traveling bionic warrior whose wife and daughter the troubled lad will grow up to kill. To thwart Cable, Deadpool, whose behavior has led to a split with the X-Men, puts together a crew of his own, the most prominent member of which is Domino (Zazie Beetz), a mutant whose superpower is amazing luck.

Scenes of Domino’s cleverly choreographed experiences of incredible good fortune are among the few humorous ingredients of the film that work. Other examples include send-ups of popular culture, especially comic books and the movies derived from them.

However, Ryan and his fellow screenwriters, Rhett Reese and Paul Wernick (who together penned the first movie), indulge in too many inside jokes likely to leave all but diehard genre fans out in the cold.

While charting Deadpool’s love-inspired efforts to become a better person and prove himself worthy of Vanessa, the script also explores such moral issues as the acceptability of revenge and the legitimacy of taking out a future villain.

It also illustrates how evil can beget evil since Firefist’s future crime spree, which Deadpool eventually tries to prevent, will come about as a result of the torture he endured at the hands of the unnamed headmaster (Eddie Marsan) of a sort of reform school for youthful mutants. The fact that this sadist uses biblical-sounding phraseology reveals one aspect of the picture’s ambiguous outlook on faith.

As noted, “Deadpool 2” does assert the existence of a life after death where loved ones are reunited. And, as he journeys toward his own climactic act of self-sacrifice, Deadpool, asked to cite an example of total altruism, replies simply, “Jesus Christ.”

Jokes about the fact that the previous movie came close to equaling the box-office success of Mel Gibson’s “The Passion of the Christ” as well as repeated gags about Deadpool claiming divinity for himself fall to the other side of the ledger, however, rounding out the ambivalence. Some of the advertising for “Deadpool 2,” moreover, use religious imagery and wording in a tasteless way.

Viewers committed to scriptural morality would also find it troubling that X-Men adherent Negasonic Teenage Warhead (Brianna Hildebrand) is in a same-sex relationship with Japanese gal Yukio (Shioli Kutsuna). Predictably, any failure to accept this situation is preemptively condemned in the dialogue as bigotry.

And then there’s the sequence in which, recovering from being split in half, Deadpool sports a grown-up torso but the anatomy of a little child from the waist down. He takes the opportunity to flash his immature private parts not only at a succession of disgusted characters on screen but the audience as well.

Immature is the word.

The film contains pervasive gory violence, drug use, a lesbian theme, a bizarre scene of exhibitionism, brief rear male nudity, some irreverent humor and a vaguely anti-religious tone, about a dozen uses of profanity, at least one milder oath, constant rough and crude language and obscene gestures. The Catholic News Service classification is O — morally offensive. The Motion Picture Association of America rating is R — restricted. Under 17 requires accompanying parent or adult guardian.