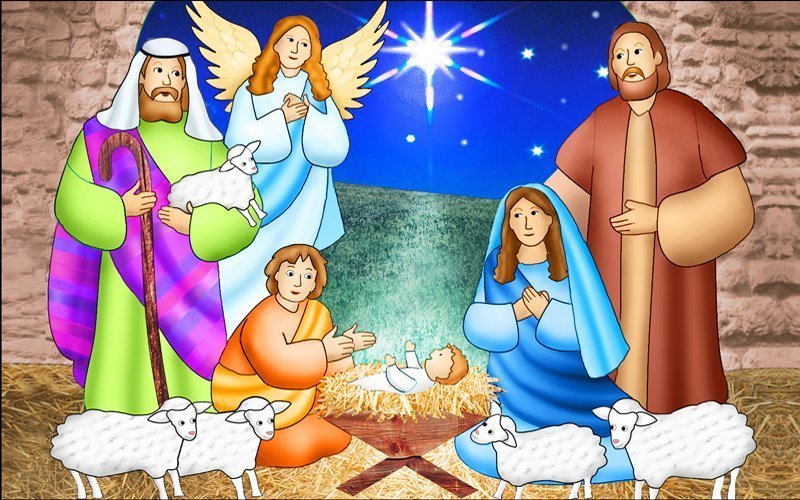 The shepherds visit the baby Jesus

The shepherds visit the baby Jesus

Reading of Dec. 25, 2017: Luke 2:15-20 (Mass at dawn)
One day, the Roman emperor Caesar Augustus decided to take a census of all the people living in the territories over which he ruled.
At that time, a man named Joseph was living in the town of Nazareth in Galilee, which was an area that the Romans controlled. So Joseph made plans to travel to his ancestral hometown with his pregnant wife, Mary, so they could be counted. Joseph was related to King David, so he and Mary traveled to Bethlehem, the city of David, to take part in the census.
The trip was long, and Mary was very close to the end of her pregnancy. Bethlehem was so crowded with people who were there for the census that Joseph and Mary had a hard time finding somewhere to stay.
While she and Joseph were in Bethlehem, it came time for Mary to have her baby. She gave birth to her firstborn son. Mary wrapped him in swaddling clothes and laid him in a manger, because there was no room for them in the inn.
As all of this was taking place, there were shepherds working during the night in the fields around Bethlehem. They were watching over their flocks of sheep to keep them safe from wild animals.
Suddenly, an angel of the Lord appeared to the shepherds.
“Do not be afraid,” the angel said, “for behold, I proclaim to you good news of great joy that will be for all the people. For today in the city of David a savior has been born for you who is Christ and Lord. And this will be a sign for you: You will find an infant wrapped in swaddling clothes and lying in a manger.”
After the angel left, the shepherds decided to find the child.
“Let us go, then, to Bethlehem to see this thing that has taken place, which the Lord has made known to us,” they said.
The men quickly went into the city and found Mary and Joseph, as well as the baby lying in the manger.
When they saw that the angel’s message was indeed true, they told everyone in Bethlehem about it.
Everyone who heard the shepherds’ story was amazed, and Mary reflected in her heart on all that took place.
READ MORE ABOUT IT:
Luke 2
Q&A
1. To which city did Joseph and Mary travel?
2. Who appeared to the shepherds in the field?
Trivia: Who was not happy to learn of Jesus’ birth? (Hint: Matthew 2)
Answer: King Herod

The shepherds were not the only people who visited Jesus after he was born.

In Matthew 2, we learn that there were Magi from the East who were searching for the infant Messiah. They saw a star in the sky and followed it in hopes of finding him.

The Magi stopped in Jerusalem to ask the people some questions.

“Where is the newborn king of the Jews?” the Magi wondered. “We saw his star at its rising and have come to do him homage.”

The Magi were told that the Messiah would be born in Bethlehem, so they continued on their journey.

The star they were following finally came to rest over the house in Bethlehem where the child was.

The Magi were excited. When they entered the house and saw the baby, they prostrated themselves and did him homage. They also gave him gifts of gold, frankincense and myrrh.

Every year, Catholics commemorate the Magi’s visit on the feast of the Epiphany. The feast day is Jan. 6, but in the U.S., it is celebrated on the Sunday that falls between Jan. 2 and Jan. 8. In 2018, Epiphany will be celebrated on Jan. 7.

Andre Bessette (1845-1937) was a native of Canada. As a young man, he moved to the United States and worked there for three years.

He returned to Canada in 1870 and joined the Congregation of Holy Cross near Montreal. He performed many different tasks for his community, such as gardening and being a doorman.

He modeled his life after St. Joseph, and he began a healing ministry that was very popular.

He moved into Montreal in 1904 to help his congregation with a building project and lived there the rest of his life. We honor him on Jan. 6. 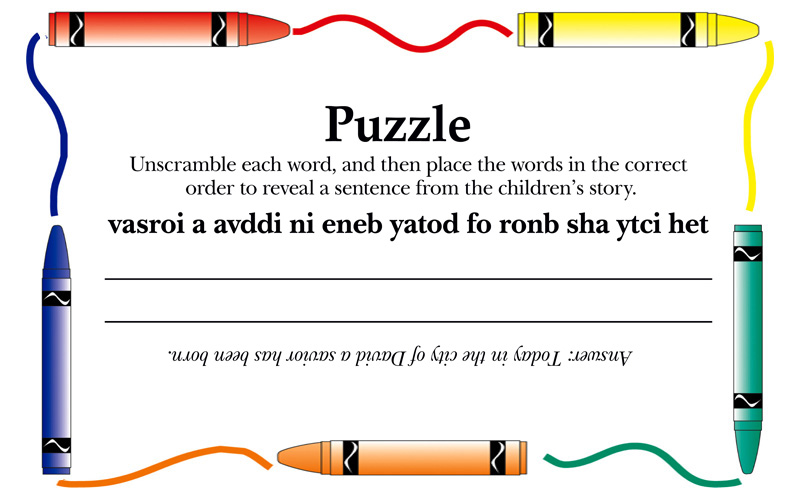