The Spy Next Door - Catholic Courier 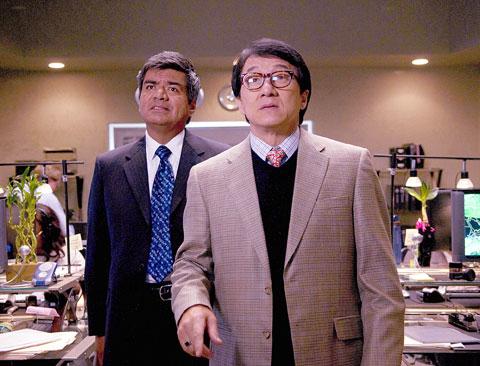 Chan plays Bob Ho, an international spy posing as a mild-mannered pen salesman. Bob is intent on retiring and living a normal life, but his plans to marry his girlfriend — and next-door neighbor — Gillian (Amber Valletta) are on hold because of the hostility of the divorcee’s three kids: 14-year-old Farren (Madeline Carroll), preteen Ian (Will Shadley) and 5-year-old Nora (an endearing Alina Foley).

Taken in by Bob’s cover story, the siblings have decided he’s a crashing bore.

So when Gillian is called out of town by a family emergency, Bob volunteers to baby-sit, seeing this as the perfect opportunity to get to know the youngsters and win them over.

As directed by Brian Levant, the sketchy material is mostly free of worrisome content, and charts its central character’s self-sacrificing efforts to protect his temporary wards, both physically and emotionally.

But Ian, although only 12, is portrayed as an aspiring ladies’ man who at one point approaches a girl many years his senior with the supposedly humorous pickup line, "If I said you had a beautiful body, would you hold it against me?" Similarly, Farren is shown to have a fondness for short skirts and a bare midriff, fashion choices resolutely vetoed by both Gillian and Bob.

An exchange between Bob and Farren leads him to assure her that families are made up of emotional bonds, not ties of blood, a favorite Hollywood sentiment that’s legitimate enough in many situations, but potentially subject to misinterpretation within the context of contemporary cultural debates.

The film contains considerable, though nongraphic, martial-arts violence, acceptability of divorce, some vaguely sexual humor and at least one crude term. The USCCB Office for Film & Broadcasting classification is A-II — adults and adolescents. Motion Picture Association of America rating is PG — parental guidance suggested. Some material may not be suitable for children.