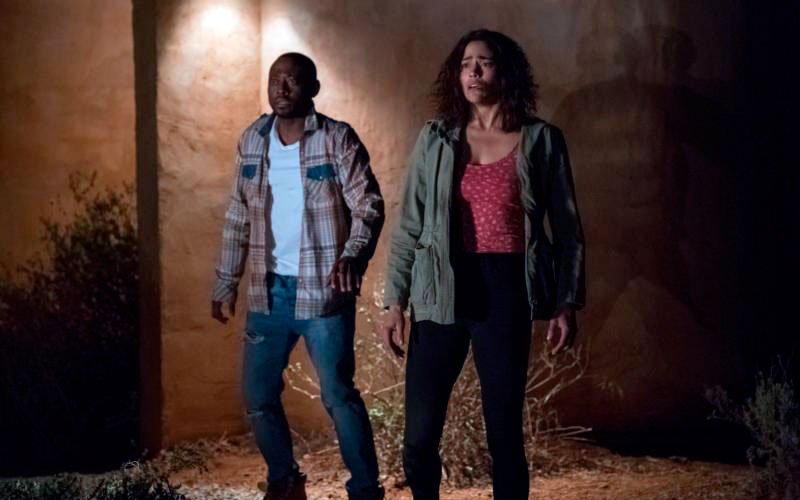 NEW YORK (CNS) — A series of onscreen statistics at the end of “Traffik” (Lionsgate) are meant to alert viewers to the extent of the very grave real-world problem of human trafficking with which the film deals. They’re also there, perhaps, to reinforce the idea that writer-director Deon Taylor has approached his dramatization of this blight with only the best and most serious intentions.

By then, however, it’s all too late because this muddled thriller has long since bogged down in weak storytelling, implausible plot developments and — Taylor’s good-guy posturing notwithstanding — sensationalism. The latter element includes not only the pretty-girls-in-captivity trope but also an invitation to the audience to exult when the gals manage to exact a certain amount of bloody revenge on their kidnappers.

Cohabiting Sacramento couple Brea (Paula Patton) and John (Omar Epps) — she an idealistic journalist, he a gifted auto mechanic — set off for an idyllic weekend in the California countryside during which John intends to pop the question. John’s best friend Darren (Laz Alonso), a successful sports agent, has arranged for the duo to stay at a luxurious but isolated home in the hills to which he has access.

Along the way, Brea and John stop at a roadside gas station where Brea crosses paths with glassy-eyed stranger Cara (Dawn Olivieri) who is clearly a drugged-up damsel in distress. As Brea eventually discovers, Cara is being trafficked by ruthless Brit Red (Luke Goss) and his gang of unsavory biker-types.

By surreptitiously leaving a valuable clue with Brea, Cara has endangered the reporter’s life, and it’s not long before Red and his buddies come calling at that lovely but lonely house in the woods. Since Darren and his much put-upon girlfriend Malia (Roselyn Sanchez) have meanwhile shown up for an ill-timed visit — interrupting the lovebirds is a characteristic move on selfish Darren’s part — they too are in the crosshairs.

Increasingly gritty and gory, what follows is unsuitable for most moviegoers and not worth the bother for those for whom it can be considered acceptable.