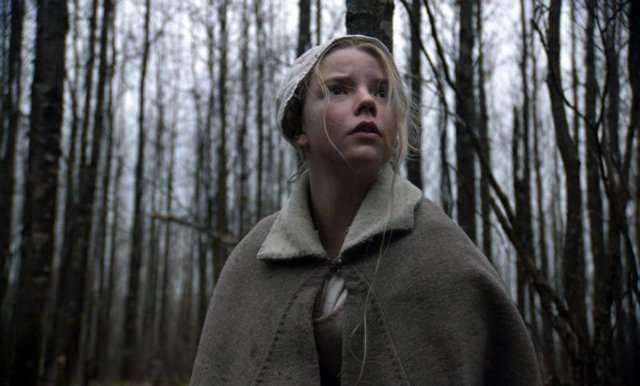 Anya Taylor-Joy stars in a scene from the movie "The Witch." The Catholic News Service classification is L -- limited adult audience, films whose problematic content many adults would find troubling. The Motion Picture Association of America rating is R -- restricted. Under 17 requires accompanying parent or adult guardian.

NEW YORK (CNS) — Let’s get this much out of the way first: "The Witch" (A24) is not an instructional film for Satanic practices. So whatever ballyhoo moviegoers may have come across in that regard is best ignored.

The picture is instead a slim, disturbing, darkly lit mood piece about 17th-century New England. Notably, however, it’s set some 60 years before the famous witch trials in Salem, Massachusetts.

That series of events, rooted in Puritan religious belief and casting a long literary shadow, has, of course, been used ever since as the American prototype of mass hysteria and the triumph of wild accusations over rational evidence.

In lieu of showing panic within an entire community, writer-director Robert Eggers opts to study — not, alas, to especially good effect — eerie occurrences within a single family.

Exiled from their communal plantation for some apostasy which is neither shown nor explained, the unnamed clan in question is forced to scratch out an existence, without the help of neighbors, on the edge of a forest.

These woods may or may not contain a shape-shifting witch who is alternately a cackling hag, a voluptuous temptress, and the soul of the family’s goat, Black Philip. Oh, and that’s not to mention her ability to manifest as a glaring rabbit.

So the old tropes abound. But Eggers is better on style than substance.

As a result, although the parents, William and Katherine (Ralph Ineson and Kate Dickie), cite Scripture frequently, the role of faith in this family’s life is not explained. Nor are the hints Eggers drops ever developed that suggest the group’s travails may be the result of their all being driven mad by poverty and a ruined harvest.

In the first tragedy to befall them, infant Samuel instantly disappears while oldest daughter Thomasin (Anya Taylor-Joy) is playing peekaboo with him. A shadowy figure is seen carrying the baby through the woods, and there are glimpses of a blood rite involving his murder.

Is this reality, or just a fever dream of Katherine’s?

We’re reminded often that the boy was not baptized and that his parents therefore believe he was damned. That would have been an unlikely conclusion for real-life Puritans to draw, since they took a narrow view of the sacraments generally and their theology of baptism was unsettled. Be that as it may, there’s no search for the babe.

As gory events beset other family members, including brother Caleb (Harvey Scrimshaw) and young twins Mercy (Ellie Grainger) and Jonas (Lucas Dawson), they become convinced that Thomasin is in league with the Evil One.

Thomasin eventually believes the accusations herself. By now, though, the plot has long since left reality behind — and that, in turn, leaves Eggers free to concentrate on behinds of a different sort.

All that’s lacking, as the unclothed but shadowy spell-casters cavort, is Van Morrison singing his cover of King Harvest’s "Dancing in the Moonlight." The scene makes for something less than "a fine and natural sight," however.