'This Is Us,' 'Game of Thrones' top viewing choices for people of faith - Catholic Courier 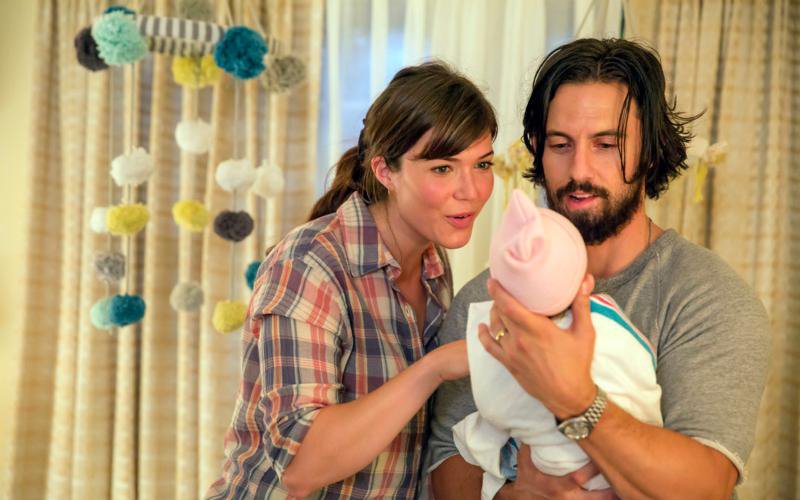 Mandy Moore and Milo Ventimiglia star in a scene from the NBC drama "This Is Us." (CNS photo by Ron Batzdorff/NBC)

What may be a surprise are their prime-time favorites.

An online polling firm called E-Poll Market Research conducted one of its monthly surveys among Americans ages 13-54, who had identified themselves in previous polls as being “people of faith,” focusing precisely on their evening viewing habits. They were asked about both broadcast network TV and cable, in separate questionnaires.

For each, respondents were asked which shows they “make a special effort to watch,” those they would describe as “one of my favorites,” and those they would “miss a lot” were it no longer on the schedule.

Among over-the-air programs they make a special effort to watch, NBC’s “This Is Us” topped all comers, with 82 percent. Fox’s “Star,” not anywhere the ratings powerhouse “This Is Us” is, was second with 79 percent saying so.

In fact, Fox led the other networks with four shows in the top 10: “Lucifer,” about a crime-solving devil who does good in spite of himself, was fourth, with “Lethal Weapon” sixth and the prime-time soap “Empire” seventh.

Among the poll’s top 20 programs, only two were reality shows, both from CBS: “The Amazing Race” was fifth, and the summertime series “Big Brother” was 18th. Each of the top 20 shows were mentioned by at least 62 percent from respondents.

In the “one of my favorites” category, “This Is Us” again came out on top, but only that and the runner-up, the CW’s “Supernatural,” came in at over 50 percent from survey respondents.

Here, shows that have been around for several seasons dominated; filling out the top 10 were Fox’s “Bones” and “Lucifer,” CBS’ “Blue Bloods,” NBC’s “Grimm,” ABC’s “The Goldbergs,” “Lethal Weapon” (the only other second-season series to crack the list), the CW’s “Reign,” and CBS’ “Elementary.”

“This Is Us” picked up the network triple crown, as it were, as it also led in shows respondents said they would miss a lot if it were canceled. (Using flashbacks and present-day scenes, the show chronicles the Pearson family.)

“Lucifer” appeared again here, this time in fifth place. Finishing 2-3-4 were Fox’s revival of “Prison Break,” CBS’ “The Amazing Race” ABC’s “How to Get Away With Murder”; landing in sixth through 10th positions were, respectively, CBS’ “Madam Secretary” and “Chicago Fire,” “Grimm,” the CW’s “The Vampire” and CBS’ “Scorpion.”

In the cable realm, HBO’s “Game of Thrones” led in all three categories, although in the “one of my favorites” category, its margin over second-place finisher, the new CMT episodes of “Nashville,” was only three points, and no series collected more than 47 percent of respondents’ votes. In fact, no cable outlet had more than one show on the “one of my favorites” list.

After “Game of Thrones,” “Nashville” and “The Walking Dead” in the “one of my favorites” category came HGTV’s “Fixer Upper,” BBC America’s “Doctor Who,” the Discovery Channel’s “How It’s Made,” “Sense8,” Comedy Central’s “South Park,” “Top Chef” and History’s “Vikings.”

Trailing “Game of Thrones” and “Sense8” in the “miss a lot” category were History’s “Forged in Fire,” “Doctor Who,” “The Walking Dead,” AMC’s “Into the Badlands,” “Power,” FXX’s “Archer,” and “Marvel’s The Defenders” and “House of Cards,” both on Netflix.

Well, “House of Cards” fans had better get their goodbyes in order, as Netflix announced in October that the 2018 season would be the series’ last, since a show about a conniving president can’t last long without the president as its main character, what with Kevin Spacey having been booted from the drama after a slew of sexual harassment allegations were leveled against him.

This survey did not break out favorite shows within particular faith groups, so there’s no way of knowing — at least not yet — what Catholics may prefer.

And there’s no way to compare the choices of people of faith with people who don’t profess a religious faith, since the latter group was not polled.

With 1,300 respondents for the broadcast shows, and 975 for the cable and streaming series, E-Poll said the margin of error was plus or minus 3 and 4 percentage points, respectively.

E-Poll Market Research’s senior director for marketing and communications, Randy Parker, said in an email to Catholic News Service that E-Poll “conducts regular ongoing research on behalf of our subscribers.” So who knows: Maybe one of those subscribers is a national advertiser who will now have an eye toward promoting something spiritually fulfilling during an episode of “South Park.”

When you keep your eye on TV, what do you see? What are your likes or dislikes? What are your concerns and criticisms? Be as general or as specific as you wish. Send your comments to: Mark Pattison, Media Editor, Catholic News Service, 3211 Fourth St. NE, Washington, DC 20017.