Three new shows on law and lawbreakers guilty of being boring, or worse - Catholic Courier 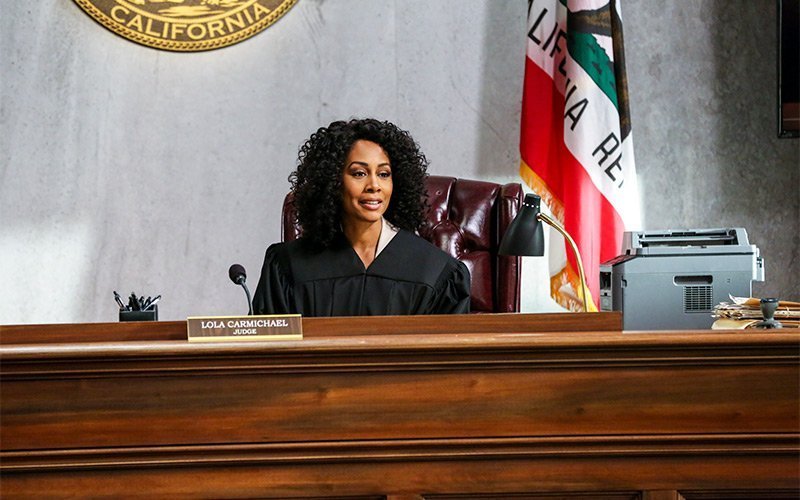 NEW YORK (CNS) — In launching three new dramas, the more established networks NBC and CBS both rely on a formula as old as TV — the courtroom drama — while the younger Fox network puts its spin on an increasingly familiar contemporary trope: the serial-killer saga.

Despite differences in approach, however, none of the trio — all of which premiere Monday, Sept. 23 — shows much promise.

After his wife, Carolyn, beloved for her good works, dies suddenly, the talented attorney — who was also a philandering husband — invites his estranged daughter, outstanding corporate lawyer Sydney (Caitlin McGee), to join his public-interest firm. They defend cancer victims and family farmers against large corporations as well as individuals wrongly accused of murder.

Though she sees her father as more “hypocrite than hero,” Sydney nonetheless predictably agrees to join the firm — perhaps as a way to honor her mom.

The casting of the usually reliable and often magnetic Smits as Elijah is the series’ chief problem. Accepting him as an establishment figure in a Southern city — and with a WASPy-sounding name to boot — is a stretch. And his interactions with Sydney, which provide the foundation for the series, aren’t believable.

“All Rise” gets off to a frenzied start in its pilot episode, airing on CBS 9-10 p.m. EDT.

On her first day on the job, incoming Los Angeles County Judge Lola Carmichael (Simone Missick) intervenes in another courtroom in a dispute over a defendant named Daphne Rivas (Raquel Dominguez), who appears for a hearing in her underwear. The ensuing confusion leads to a workplace shooting.

Carmichael’s maddened judicial assistant, Sherri (Ruthie Ann Miles), calls her boss the Lolacoaster because with her “no one knows where the road is going to take us, but nausea is likely to set in.” Nonetheless, Judge Lola is presented in a sympathetic light. Her insightful handling of Daphne’s case, for instance, occupies a fair amount of the pilot.

Carmichael is the central figure in the series, but “All Rise” emphasizes the full range of characters inhabiting its courthouse world: defendants, court reporters, other judges, district attorneys, public defenders and bailiffs.

Based on the initial episode, the series involves occasional coarse language, some violence, depictions of mental instability and mature references. It’s not appropriate for kids, but their elders should take these elements in stride.

The program suffers from being too busy, and from the strain of trying to imitate the popular, long-running 1980s NBC comedy “Night Court.” Viewers can stay seated and watch something else.

“Prodigal Son,” which kicks off on Fox 9-10 p.m. EDT, makes the two shows already discussed seem as tame as “The Waltons.”

The show’s plot shuttles back and forth between the present and the late 1990s. As the series begins, its protagonist, criminal profiler Malcolm Bright (Tom Payne), is fired from his job as an FBI special agent. Yet he quickly finds work consulting for a team of New York police detectives headed by his mentor, Gil Arroyo (Lou Diamond Phillips).

Arroyo was a young beat cop in 1998 when he arrested Malcolm’s father, Dr. Martin Whitly (Michael Sheen). A serial killer known as “The Surgeon,” Whitly had murdered 23 people while maintaining a respectable veneer as a civilized, affluent member of Manhattan’s elite.

The emergence of a killer copying The Surgeon’s methods compels an understandably reluctant Malcolm to turn to his dad, confined in a psychiatric hospital, for help. The fraught, unusual dynamics between father and son are, needless to say, at the melodrama’s core.

Through two episodes, the show’s high level of mayhem includes a hand being chopped off (mostly unseen) and displays of severed heads. Sexual references and coarse language also mark the program as strictly for adults.

Graphic, lurid and in doubtful taste, the series is as overwrought and ludicrous as it sounds. As the baseball season wraps up and the fall TV lineups debut, call “Prodigal Son” strike three.