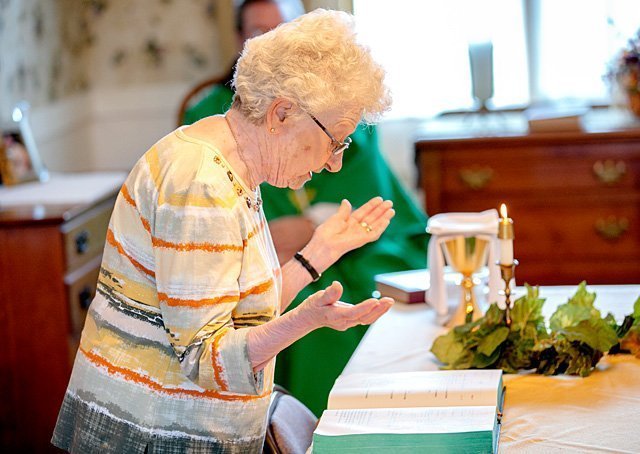 Three Catholic communities along a 15-mile stretch of Route 96 are becoming more united.

In a letter dated July 27, Rochester Bishop Salvatore R. Matano appointed Father Bernard Maloney, OFM Cap, as pastor of Holy Cross Parish in Ovid, St. Francis Solanus in Interlaken and St. James in Trumansburg. This marks the first time that all three churches have shared a pastor. As a cluster, each parish will maintain separate identities while sharing many programs and ministries.

In his appointment letter to Father Maloney, Bishop Matano stated his desire to see the new cluster produce more widespread unity and cooperation. From Father Maloney’s perspective, parishioners are up to the task.

"The big thing people are in agreement with is collaborating on parish programs, rather than duplicating," he told the Catholic Courier.

Holy Cross and St. Francis in southern Seneca County, along with St. James in northern Tompkins County, are all located between Seneca and Cayuga lakes. Formulation of the three-church cluster grew out of meetings among the three parishes, beginning in December 2014 under the guidance of Karen Rinefierd, diocesan coordinator of leadership formation for parishes.

Holy Cross and St. Francis have been clustered since 1994. Also in 1994, Capuchin Franciscan priests — who have served in Ovid and Interlaken since the 1950s — began staffing St. James as well, with separate pastors assigned for Holy Cross/St. Francis and for St. James.

However, in late 2014, Father Bartholomew Minson, OFM Cap, stepped down from the pastorate at Holy Cross/St. Francis due to illness. At that point Father Maloney — who had begun in August 2014 as St. James’ pastor — was named parochial administrator of the Ovid and Interlaken churches. He continued in that role until being recently named to the pastorate.

Parishioners are playing a big part in this transition. Each of the affected churches is represented by three delegates at planning meetings that take place every month or two. Chief discussion topics for the meetings are liturgy; sacramental and catechetical programs; social events; evangelization; and reaching out to inactive Catholics. Father Maloney noted, for example, that the cluster parishes are collaborating on a new confirmation program as well as the Rite of Christian Initiation of Adults, marriage preparation and baptismal instruction.

"We’re trying to get the key people fully aware of what’s happening and, through them, that can filter out to others," he said.

Father Maloney acknowledged that the adjustment to clustering has been slow for some parishioners, but "generally I think there’s been enthusiasm for it," he said. "I think there’s a lot of good that can come from all this, and the people are very cooperative."

In the past 20 years many parish groupings in the Rochester Diocese have evolved from clusters into combined parishes, consolidating all finances, staff, councils and other aspects of parish operation. However, Father Maloney said that at this point the possibility of taking that step has not been discussed in his three parishes.

Holy Cross, St. Francis and St. James are the only parishes in the Rochester Diocese to be staffed by Capuchin Franciscan clergy. The priests reside in Interlaken, halfway between Ovid and Trumansburg, at St. Fidelis Friary, which the order established in 1951. Father Maloney is superior of the friary, where he lives along with Father Buckley, Father Eugene O’Hara — pastor of St. James from 1996-2006 — and Brother Antonine Lizama.

Father Maloney noted that his religious order will continue to reside at the friary and staff parishes indefinitely.

"There’s no talk of giving that up," he said, adding that officials in the Province of St. Mary — the northeastern United States province to which area Capuchin Franciscans belong — have been in dialogue with Bishop Matano to ensure their ongoing presence in Ovid, Interlaken and Trumansburg.

That neck of the woods is familiar turf for Father Maloney, who also was pastor of Holy Cross and St. Francis from 1998-2002.

"I have always loved the people at St. Francis and Holy Cross, and now I love St. James too," remarked Father Maloney, a Rochester native who grew up in the former St. Augustine Parish.