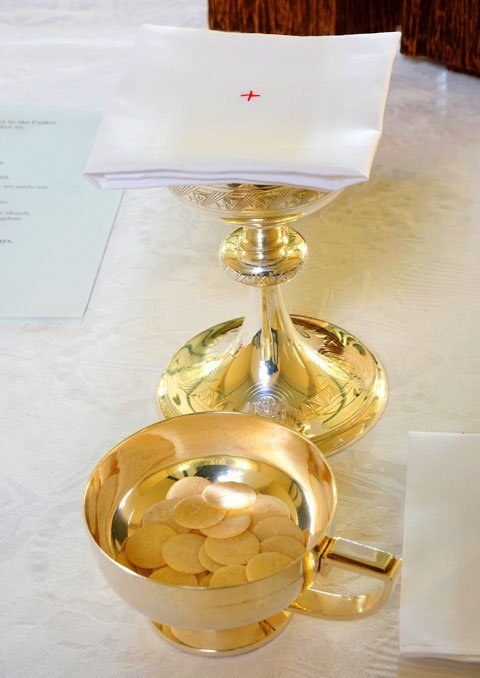 A musician, a convert to the Catholic faith and a former English teacher together constitute the largest priestly ordination class the Rochester Diocese has seen in 15 years.

Deacon Michael Costik, who hails from St. Matthew Parish in Livonia, said that as a young man he was influenced by his pastors, Fathers Jerome Schifferli and William Trott, to think about a possible vocation. But after graduating from Catholic University of America in 1996, he stopped practicing the faith during a professional career that saw him become an operatic tenor, composer, iconographer and drama teacher.

He eventually returned to the church, and this time took action on his former pastors’ suggestions.

"My conversion was largely musical — and this is somewhat difficult to explain — but the arts are how God has most profoundly revealed himself to me in my life," said Deacon Costik, who will turn 39 on May 20.

He returned to the Rochester area in 2006, and a year later entered Becket Hall to begin his discernment process. He then entered seminary at the American College in Louvain, Belgium, and was ordained a transitional deacon in June 2012.

Following the closing of the Belgium seminary in 2011, Deacon Costik is completing his studies at the Theological College at Catholic University of America in Washington, D.C. He noted that he was the last seminarian to be approved by Louvain and then ordained. "After 154 years, I’ll be the final priest from the American College," he said.

Deacon Costik added that he’s "thrilled" about his priestly ordination: "I love the priests in our diocese and I will be honored to be counted among them."

Deacon Peter Mottola, a native of Neptune City, N.J., was raised Methodist but became a Catholic while attending Rochester Institute of Technology. He credited his conversion to Catholic friends — mostly fellow RIT students — who he said "were unafraid to share their faith (and) led me to investigate the history of the church."

"It was mainly these same friends who encouraged me as I began to consider the priesthood as a possibility for my life," said Deacon Mottola, who will turn 27 on June 10.

A 2007 graduate of RIT with a bachelor’s degree in information technology, he worked part time as a webmaster at the diocesan Pastoral Center before entering Becket Hall. Ordained a transitional deacon in June 2012, he is completing seminary training and studies at Theological College and Catholic University in Washington, D.C.

"If I had to choose one word to describe my feeling about my upcoming ordination to the priesthood, that word would be ‘serenity,’" Deacon Mottola said.

He compared his ordination to "the heady excitement one feels at the start of a good day’s work."

"There is much to be done," he stated, "and I pray that through God’s grace many more people will find themselves willing to enter religious life or the priesthood."

Deacon David Tedesche grew up attending St. Mary of the Lake Church in Ontario. In the early 2000s he earned a bachelor’s degree in English and master’s in philosophy from The University at Albany before embarking on a teaching career in the Adirondacks.

During this period he revisited a call to the priesthood that had first surfaced during his youth. He said his decision to follow that call stemmed from Scripture study, prayer, and studying church history and traditions. He also credited the example of Father John Reif, the former pastor of St. Rita in Webster, where Deacon Tedesche attended the parish school.

"He provided for me my earliest childhood memories of what a priest is, and they were positive memories," recalled Deacon Tedesche, 36.

In 2007 he entered Becket Hall, and the next year he began seminary at the Pontifical North American College in Rome. Deacon Tedesche is currently studying for his license in biblical theology at the Pontifical Gregorian University and was ordained a transitional deacon in October 2012. After his June 22 priestly ordination, he’ll take another year in Rome to complete his licentiate before returning home in 2014 to begin ministry in this diocese.

Though excited about attaining priesthood, Deacon Tedesche stressed that "my ordination is not about me. It’s about God loving his people and taking care of them by providing them with shepherds after his own heart."