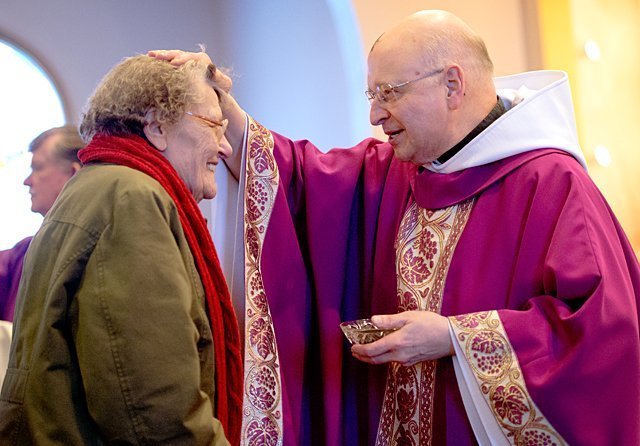 As Lent reaches its halfway point, Southern Tier parishes are in high gear with a wide range of spiritual, service and social events.

Among the many Lenten highlights taking place in the Tier:

* Immaculate Conception Parish, Ithaca, is conducting a four-week adult faith-formation series, "Mercy In the Scriptures," presented by Patrick Meyer, pastoral associate. Remaining sessions are March 8 and 15 at 7 p.m. In addition, small Christian communities are meeting throughout Lent, and funds are being collected for Catholic Charities.

* St. Catherine of Siena Parish, Ithaca, is featuring three small discussion groups as well as Scripture study sessions and "Teach Us to Pray Day." The parish also is offering Friday-evening Stations of the Cross at 6 p.m. with various themes, including a musical interpretation of the passion of Christ by the contemporary Christian music group Trace of Grace March 11 (7 p.m. starting time).

* Living Stations of the Cross, presented weekly at various regional locations by youths from Blessed Trinity/St. Patrick parishes in Tioga County, will take place March 18 at St. Mary Church in Corning at 6:30 p.m. and Good Friday, March 25, at St. Margaret Mary Church in Apalachin at 7:30 p.m.

* St. James Church, Waverly, is holding a fish fry March 4 at 5:30 p.m. following Stations of the Cross. Another Blessed Trinity/St. Patrick church, St. John the Evangelist in Newark Valley, is hosting a fish dinner March 11 from 4:30 to 6:30 p.m. 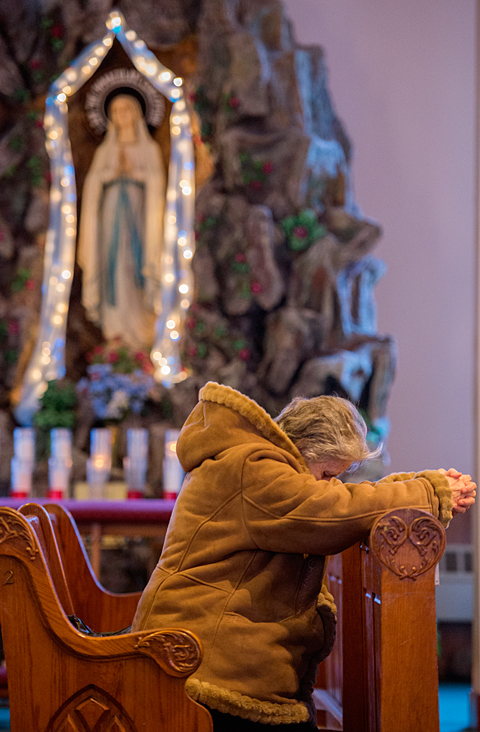 Emily Clark bows her head in prayer during the Ash Wednesday Mass at St. Joseph Church in Wayland.

* The Elmira region’s three-week adult faith-formation series, focusing on the Jubilee Year of Mercy, will wrap up March 2 at 7 p.m. at St. Mary Southside Church. Also in Elmira, guest homilists will speak regarding Catholic Relief Services’ Rice Bowl initiative. Deacon Tom Berna will appear at all Masses at Christ the Redeemer Parish March 5-6, and Deacon Tom Breen will be at all liturgies at Blessed Sacrament Parish March 12-13.

* Schuyler Catholic Community is hosting a parish mission March 14-16 at St. Mary of the Lake Church in Watkins Glen at 7 p.m. each night. Father Jim Coughlin will speak about mercy and Pope Francis’ promotion of it. In addition, the Schuyler cluster is offering Holy Hours on Friday evenings from 7 to 8 p.m. at St. Mary of the Lake. Included are rosary recitation, prayer from Liturgy of the Hours, adoration, music and quiet prayer.

* The cluster of St. Paul of the Cross, Honeoye Falls; St. Rose, Lima; and St. Agnes, Avon, is holding a Lenten retreat led by Father Michael Upson. Dates are March 6 at St. Paul, March 7 at St. Rose and March 8 at St. Agnes, with soup supper at 6 p.m. each night and the retreat from 7 to 8:30. p.m. In addition, St. Agnes School is doing several social-ministry projects.

* Stations of the Cross, held on Fridays at 7 p.m. at Immaculate Heart of Mary Church, Painted Post, will be led by children March 4.

* St. Mary Church, Bath, is holding a Wednesday Lenten series featuring Stations of the Cross at 4:30 p.m., Mass at 5, and simple meal and program following Mass.

* St. Gabriel Church, Hammondsport, will host a Lenten ecumenical service and luncheon with area churches March 9 at noon. The event is part of a weekly series at area churches.

* The cluster of St. Matthew, Livonia, and St. Mary, Honeoye, is holding a weekly soup supper prior to the 7 p.m. Lenten program on Wednesdays (March 2 and 16 at St. Mary and March 9 at St. Matthew). In addition, the cluster is taking part in ecumenical lunches on Wednesdays.

* Silent adoration is being offered from 4-6 p.m. March 6 at St. Catherine of Siena Church, Addison; March 13 at St. Stanislaus, Bradford; and March 20 at St. Joseph, Campbell.

* Stations of the Cross, followed by Benediction, are being held on the Fridays of Lent beginning at 7 p.m. at St. James Church, Trumansburg.

* A Forty Days for Life vigil is running through March 20 in Ithaca. All are invited to join in peaceful prayer to end abortion between 7 a.m. and 7 p.m. daily near Planned Parenthood, 620 W. Seneca St..

* Knights of Columbus are conducting "40 Cans for Lent" food drives in Our Lady of the Valley Parish, Hornell/Rexville; and the cluster of All Saints, Lansing, Holy Cross, Dryden, and St. Anthony, Groton. Donations go to local ministries.

* Holy Family Catholic Community is collecting school supplies during Lent for its Kenya Outreach Project. In addition, a soup supper was held Feb. 24 with another one to take place March 7.

* Lenten soup meals are being held at the faith communities of St. Luke Parish, Livingston County.