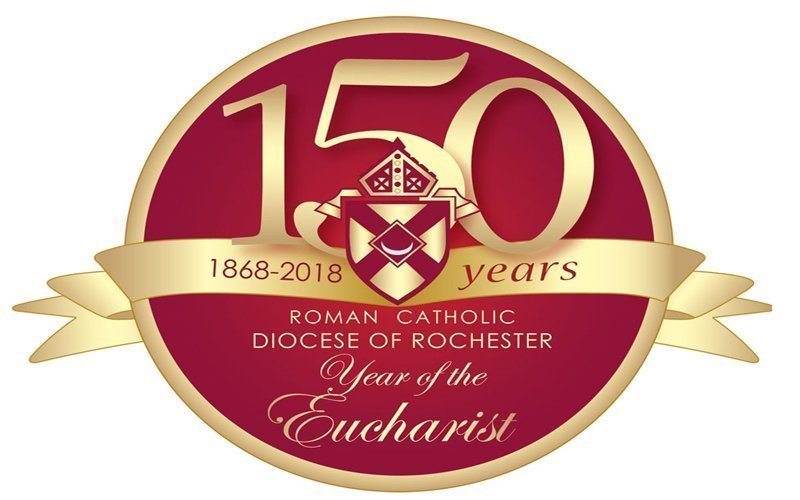 Not until I began preparing for the Diocese of Rochester’s 150th-anniversary jubilee Mass ‚Äì to be held this Friday, Sept. 22 ‚Äì did it dawn on me how greatly my life has been intertwined with diocesan history.

It helps, I suppose, that I’ve been around for more than one-third of the diocese’s existence! In 1960 I was baptized in the old Our Mother of Sorrows Church in Greece ‚Äì which, having been founded in 1829 when Rochester still belonged to the Diocese of Buffalo, stands as this diocese’s oldest existing parish. In 1968, during the diocese’s centennial year, I was one of the first kids to receive first Communion in the parish’s new facility.

More recently, I’ve covered diocesan news for the Catholic Courier over the past 26 years. And, thanks to my Italian and Irish immigrant ancestors, my ties to this diocese also extend back to previous generations. My grandparents were married around 1920 at Rochester’s St. Anthony of Padua Church, when it was located at the corner of Lyell and North Plymouth avenues. My dad was confirmed in the mid-1930s at St. Francis of Assisi on Whitney Street. My parents were married in 1954 at St. Andrew on Portland Avenue.

All three of those city churches have closed within the past 20 years. Admittedly, I sometimes grow wistful that we no longer have in our midst lots of the people and places connected with the diocese.

Then again, I can bask in many pleasant memories during the upcoming sesquicentennial year of 2018. I plan to also rejoice in the fact that my family and I, as well as Catholics across our 12 counties, are blessed with a diocese that’s still going strong. I look forward to helping keep it that way as the next 150 years get underway.