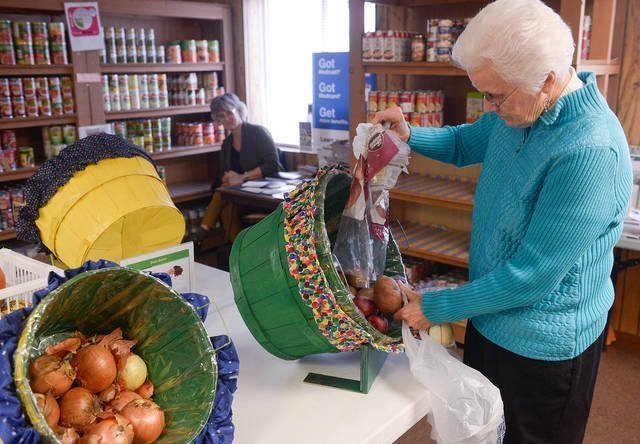 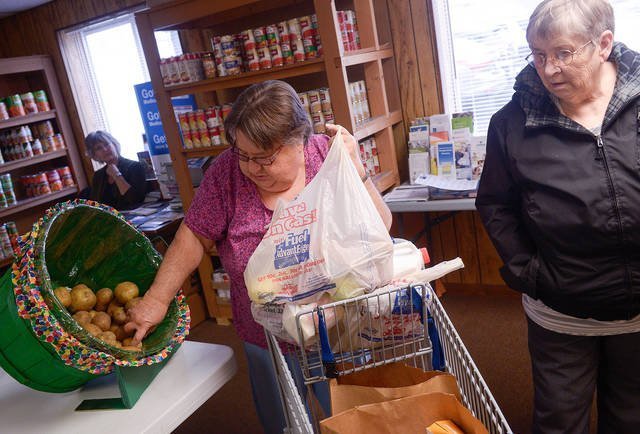 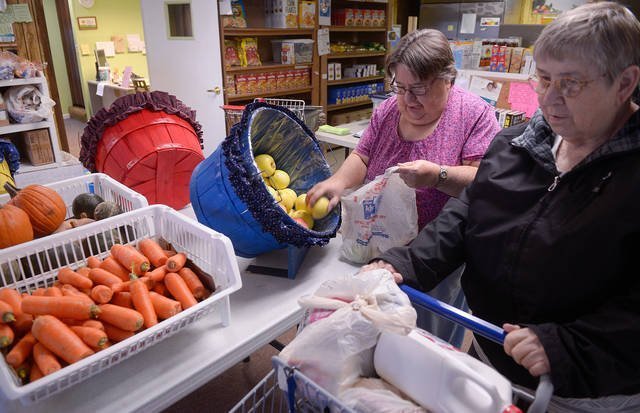 In the late 1970s, Dick and Pat Franz accompanied a few Sisters of Mercy around Tioga County to help them identify areas affected by poverty.

TCRM’s many good works were noted on Oct. 12 with a 40th-anniversary celebration at the Owego VFW Post 1371. More than 200 people attended, including staff members, volunteers, and community supporters from the past and present.

The gathering paid tribute to a ministry that was formed in the summer of 1978 as a cooperative effort of the Diocese of Rochester, the Sisters of Mercy and Tioga County’s Catholic parishes. Mercy Sisters Kathleen Flaherty and Carol Wulforst were the founding coordinators, operating out of the convent and rectory at St. Patrick Church. In the 1980s, the rural ministry moved to 60 North Ave., and in 2009, TCRM relocated to its current site at 143 North Ave.; the three sites are less than a mile apart in the Village of Owego. The 2009 move more than tripled TCRM’s operating space to 4,700 square feet, helping accommodate a growing set of TCRM-led programs and ministries.

TCRM covers the village and town of Owego as well as other largely rural parts of Tioga County. Beneficiaries include folks who are out of work, the working poor, single parents, those lacking medical insurance, shut-ins and the elderly. The ministry’s pantry, which provides food as well as household and personal-hygiene supplies, is open from 10 a.m. to 4 p.m. Monday through Thursday and 10 a.m. to 1 p.m. Friday. Other TCRM offerings include mobile food giveaways; holiday gifts and food baskets; financial assistance for fuel, utility, car, medical and rent expenses; transportation to medical appointments; home deliveries to shut-ins; referrals to other services; a spring clean-up day at senior citizens’ residences; home handiwork, including construction of wheelchair ramps; Easter cards for senior citizens; nutrition-education workshops; back-to-school clothing for teens; scholarships to summer youth camps; and free refurbished bicycles.

The rural ministry was led by the Sisters of Mercy for nearly 35 years until 2012, when Sister Mary O’Brien, a Sister of St. Joseph of Carondelet, assumed her current role as executive director.

“Sister Mary is doing a terrific job, as they all have done. I couldn’t be more proud of the sisters,” Dick Franz remarked.

Franz and his wife have been active volunteers with TCRM throughout its existence, most notably by establishing a Super Bowl pancake breakfast in 1982; the event has been a major fundraiser for TCRM and is still offered every Super Bowl Sunday at St. Patrick Church, where the Franzes are longtime parishioners. For the couple’s many efforts, organizers of the Oct. 12 anniversary banquet presented them with a Lifetime Recognition Award that came as a pleasant surprise to them.

“We were very pleased they would think of us that way,” Dick Franz said.

Volunteer support such as the Franzes’ is crucial to TCRM’s success, Sister O’Brien said, noting that more than 200 people volunteered in 2018 for a ministry that has only two full-time and two part-time paid employees.

“We could not do the ministry without our volunteers,” Sister O’Brien stated, citing such examples as men in their 80s who fix bikes and build ramps, as well as more than 50 local high-school lacrosse players who turned out earlier this year for the spring cleanup.

Sister O’Brien said that the nonprofit ministry, which gets minimal government funding, also depends on donations of money, food and supplies from community supporters that include not only Catholic churches but other denominations as well. She added that local residents have continued their strong backing of TCRM even when their economy has been challenged by significant local floods in 2006 and 2011 as well as an unstable job market.

“(The support) speaks so highly of how this community values its people,” Sister O’Brien said. “All the programs that we offer are because of the great generosity of the community.”