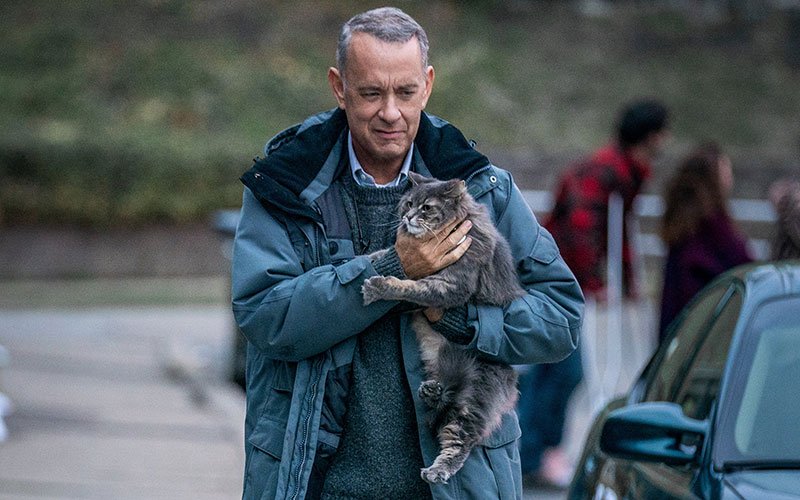 NEW YORK (OSV News) — The transformation of a grump into a warm and fuzzy character is a trope as old as the Hollywood Hills. So, while the drama-and-comedy blend “A Man Called Otto” (Sony) proves generally goodhearted, it also turns out to be formulaic. Mature discernment is required, moreover, to deal with some of the film’s themes.

Tom Hanks plays the curmudgeonly bereaved widower of the title. Otto’s dissatisfaction with life in general is publicly expressed through his nitpicking insistence on adherence to the petty rules by which his suburban housing development is regulated — and the confrontational manner in which he deals with all those who transgress them.

Thus the term idiot is one of the mainstays of his vocabulary.

In private, meanwhile, Otto’s unresolved grief leads him to take desperate measures to rejoin his beloved wife, Sonya (Rachel Keller). The grim nature of his current existence — and his efforts to end it — are contrasted with warmly nostalgic flashbacks to his and Sonya’s Vietnam War-era romance and early life together.

Otto eventually finds renewed hope after he’s befriended, at first unwillingly, by Marisol (Mariana Treviño) and Tommy (Manuel Garcia-Rulfo), a young Latino couple who’ve just moved in across the street. Sunny, spunky Marisol, in particular, works to dispel Otto’s isolation and gloom — in part by cooking and baking for him.

As he reassesses his grim outlook, Otto also reconsiders his longstanding alienation from another pair of neighbors, Anita (Juanita Jennings) and Ruben (Peter Lawson Jones). They had once been his and Sonya’s best pals but Otto gradually allowed minor irritants to dissolve the relationship.

The screenplay’s treatment of Otto’s continuously futile attempts to kill himself, for instance, is somewhat frivolous since his repeated failures are presented as mildly comic mishaps. And homage is paid to the zeitgeist via Otto’s interaction with Malcolm (Mack Bayda), a downtrodden transexual.

Hanks manages to elevate the hackneyed plotline his character is forced to follow into an arc of some interest. Yet, even with his gift for understated intensity driving the proceedings, there can be little suspense involved in a conversion story whose outcome can be foreseen from the start.

The film contains mature themes, including suicide and gender-switching, a couple of profanities, about a dozen milder oaths, occasional crude language and several crass expressions. The OSV News classification is A-III — adults. The Motion Picture Association rating is PG-13 — parents strongly cautioned. Some material may be inappropriate for children under 13.