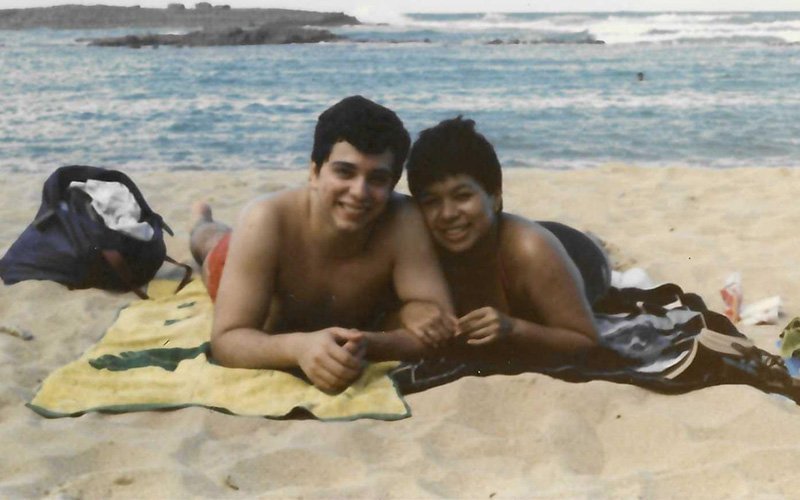 In college during a study session, Leonor told the story of a restaurant that served very hot, spicy chicken wings.

Ed: I was raised in Buffalo where hot wings were invented. There’s no way these wings are as hot as the wings I grew up with.

Leonor: These wings were so hot that people’s eyes started watering when they opened the kitchen door. You couldn’t eat these wings. If you could, I’d pay for them.

Ed: I thought, I’m a college student and this could be free food, so I said, ‘I accept the challenge. When are we all going?’

One by one each of our friends said they couldn’t go.

Leonor: OK, since no one can go, let’s forget about it.

Ed: What? Are you chicken? Afraid you’ll have to pay?

Leonor: I’m not chicken! Pick me up tonight and I’ll take you there.

We got to the restaurant, ordered, wings came out. Ed ate them all, and I grudgingly paid. I was shocked to find out Ed ate chicken wings while licking all ten fingers and crumpling many napkins. I was taught to eat chicken with a knife and fork in public.

Ed: I looked over and saw how Leo was eating her wimpy mild wings. I thought, “Is she for real? She’ll never finish her wings like that!”

Years later, Leonor’s maid of honor would turn to her before walking down the aisle ahead of her, and playfully reminded her that she had said, “I could never marry anyone who eats chicken wings like that!”

Over the years, we continue to remember that when you are really in love with someone, even something like the way they eat chicken wings isn’t as important as how much you love them and how much they love you.