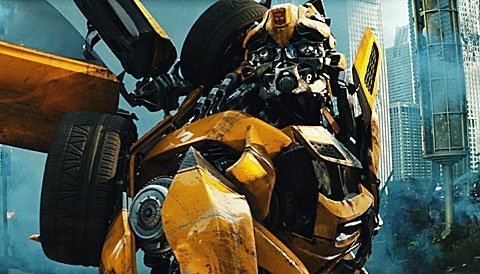 NEW YORK (CNS) — Though clearly pitched at youthful viewers — sports cars that turn into robots, cool! — "Transformers: Dark of the Moon" (Paramount) is director Michael Bay’s 3-D third installment of a franchise based on a line of Hasbro toys. It includes plot and dialogue elements that make it exclusively suitable, if not especially satisfying, for those who are, chronologically at least, well past adolescence.

Moreover, while gore is virtually absent from the screen during this sci-fi adventure’s seemingly endless two-and-a-half-hour running time — even as computer-generated, cannon-fodder extras are bloodlessly vaporized by the dozen — gunplay and explosions feel omnipresent.

Caught up once again in the ongoing mechanical mayhem that sees a race of good shape-shifting alien robots combating an evil army of their own kind is ordinary human — and now college graduate — Sam Witwicky (Shia LaBeouf).

Entertaining outings from John Malkovich as a wacky tycoon and John Turturro as a conspiracy theorist help offset a tedious back story involving an alternate history that would be vaguely offensive if it weren’t so silly. According to same, the real reason for the U.S.-Soviet race to the Moon in the 1960s was the Camelot-era crash landing there of one of the Transformers’ spacecraft.

Hearing the news of this unusual event from Defense Secretary Robert McNamara, JFK barks — what else? — "Get me Bobby!"

While the outcome of what follows is easily guessed, more suspense hangs on the question of whether our hero will ever put an engagement ring on poor Carly’s finger. This despite his growing conviction — fueled by her "Perils of Pauline"-style sufferings at the hands of the baddies — that "she’s the one," as well as his late-reel blurting out of the L-word. Ah, modern romance.

The film contains pervasive stylized violence, cohabitation, brief partial nudity, some sexual banter, a couple of uses of profanity and about a dozen instances each of crude and crass language. The Catholic News Service classification is A-III — adults. The Motion Picture Association of America rating is PG-13 — parents strongly cautioned. Some material may be inappropriate for children under 13.