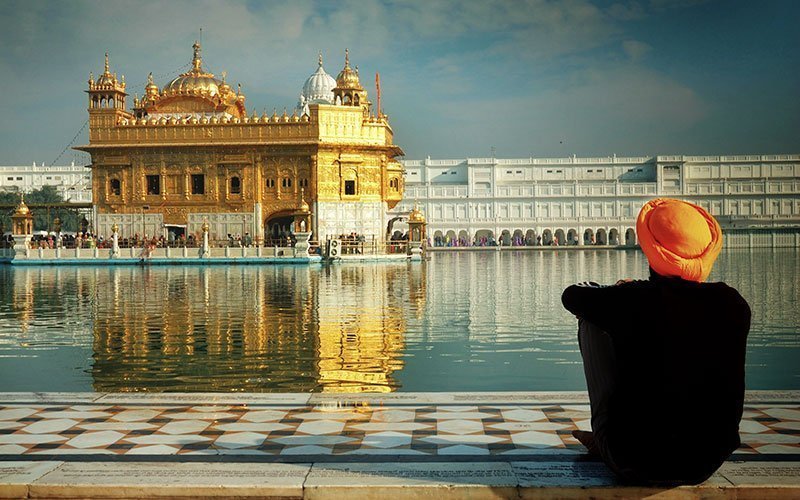 The series, which originally aired on the BBC in August 2019, will continue in the same timeslot through Wednesday, April 8. But broadcast times may vary, so viewers should consult their local listings.

Narrated by actress Elena Saurel, the program takes viewers on a far-flung trip to both big cities and remote locales to explore the profound impact exerted on believers by the world’s religiously inspired landmarks. Though it deals with some mature matters, the show is certainly suitable for most adults and probably acceptable for older teens as well.

The sites and practices featured are drawn from a variety of major religions, including Catholic and Protestant Christianity, Judaism, Islam, Buddhism and Hinduism. But lesser known faiths, such as Sikhism, the beliefs of Yazidis and the Apache nation’s Big Teepee tradition, also are highlighted.

“Earth’s Sacred Wonders” thus calls attention to numerous holy places and devotions that may be unfamiliar to most Americans. It also enlightens viewers about the rich diversity of spiritual practices that sustain believers of various stripes.

The statistics alone are astonishing. The more than 70 Buddhist temples of the Angkor Wat complex in Cambodia, for example, dating from the ninth century and originally built to honor the Hindu god Vishnu, draw 2 million visitors annually. During the Sikh festival of Langar, a quarter-million people pass through India’s 400-year-old Golden Temple each day.

Catholic viewers will be especially engrossed by the story of Javier Martin, who participates annually in a Holy Thursday procession through the narrow streets of Malaga, Spain, to honor Mary under the title the Virgin of Hope.

This ritual, the roots of which stretch back to the 17th century, involves a team of 264 men bearing aloft an 11,000-pound statue of the Virgin with teary, prepossessing eyes. It takes the carriers more than six hours to cover the 1.5-mile parade route.

Martin serves as the point man when the unwieldly march makes a crucial 90-degree turn, the success of which inspires him with a combination of relief, gratitude and joy. “Life has no meaning without going out under Our Lady of Hope,” he observes.

Yvonna, a 21-year-old Yazidi, has a grimmer tale to share. In 2014, Islamic State fighters razed her home village, forced her to convert and subjected her to a life of sexual slavery. After 11 months of rape and torture, she managed to escape and eventually found refuge in Germany.

Traditional Yazidi teaching holds that sexual relations with non-Yazidis, even under compulsion, must result in expulsion from the community. But Hazim Tahsin, the group’s current leader, offered a special dispensation to women in Yvonna’s circumstance — provided they sought purification in the sacred springs of Iraq’s Lalish Temple.

After making her pilgrimage there, Yvonna says confidently, “we will never be destroyed.”

To their credit, the filmmakers maintain a nonjudgmental approach, one that’s sensitive and respectful toward all. Yet, ironically, this lends the show an air of detachment that lessens its ultimate impact. Thus, while “Earth’s Sacred Wonders” is informative, it fails to establish a real connection between its audience and the believers it portrays.