Trouble With the Curve - Catholic Courier 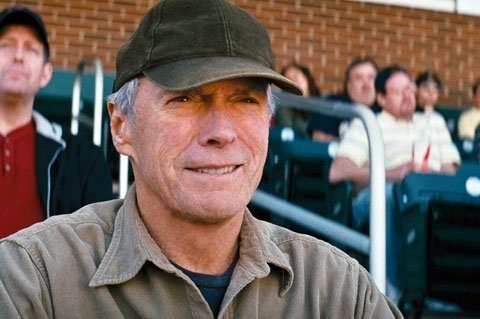 NEW YORK (CNS) — With a few exceptions, every character Clint Eastwood has portrayed during his long career has had an ornery streak, regardless of their capacity for righteous or noble acts.

In the 2008 hit "Gran Torino," which he also directed, Eastwood starred as a curmudgeonly Detroit widower who surprises even himself by coming to the aid of his Hmong neighbors.

Appearing on the big screen for the first time since then, Eastwood limns another cantankerous senior citizen in the baseball movie "Trouble With the Curve" (Warner Bros.), directed by his frequent producing partner, Robert Lorenz.

More of a pitchers’ duel than a high-scoring home run fest, this mostly winning outing is tarnished by an excess of salty language and middle innings that drag.

Eastwood is Gus Lobel, a veteran scout for the Atlanta Braves whose failing eyesight threatens to end his career. He refuses to disclose or treat his condition, and his fear and frustration manifest themselves in a noticeable spike in irritability.

Gus’ loyal boss, Pete Klein (John Goodman), defends him against team officials who think he should be put out to pasture. Gus disdains younger scouts’ reliance on computer models to assess players and has no time for a strictly quantitative approach to the game. (In this respect, the movie is the antithesis of last year’s "Moneyball."). But if he can’t see, not even Gus’ instincts are of much use.

Worried and unsure about what’s ailing his friend, Pete persuades Gus’ daughter, Mickey (Amy Adams), to accompany her dad to North Carolina to evaluate the high-school slugger considered a lock to go first in the upcoming draft. A workaholic lawyer, Mickey is very close to being offered a partnership in her Atlanta firm. She and Gus have a prickly relationship, marked by an inability to communicate about anything of substance.

Fortunately for Gus, Mickey is nearly as knowledgeable and passionate about the national pastime as he is. Battling ageism and sexism in two workplaces, father and daughter prove to be a potent battery. The experience also helps them work through their misunderstandings and lower their emotional defenses. Adding romance to the lineup is Johnny Flanagan (Justin Timberlake), a pitcher-turned-scout for the Boston Red Sox who’s sweet on Mickey.

First-time director Lorenz advances the twangy material at too leisurely a pace and his visual style is pretty monotonous. Yet the movie serves up plenty of character-derived humor and enough baseball know-how to feel authentic without seeming too insider-ish. Charismatic performances by Adams and Timberlake are a huge plus.

While it’s really Mickey who carries the story and grows the most, Gus’ bad temper dominates the film owing to the number of expletives he utters. His vocabulary — arguably more limited than offensive — narrows the appeal of "Trouble With the Curve." It’s too bad the filmmakers couldn’t find more imaginative ways of signaling Gus’ irascible nature.

The film contains frequent crude and crass language, much profanity, one instance of rough language, some sexual references and innuendo, and considerable alcohol consumption. The Catholic News Service classification is A-III — adults. The Motion Picture Association of America rating is PG-13 — parents strongly cautioned. Some material may be inappropriate for children under 13.