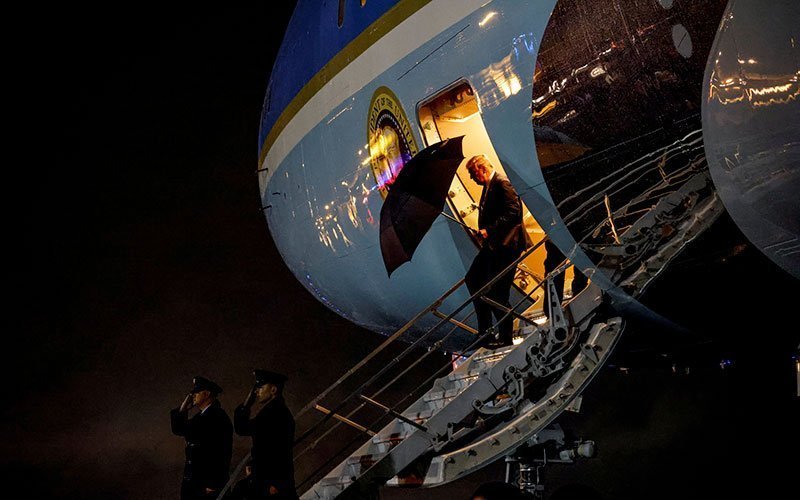 WASHINGTON (CNS) — The steep slope, appearing almost as a vertical line, is a stunning mark by the Trump administration on what was once a refugee program recognized around the world as a model to welcome the tyrannized and persecuted masses.

Late Sept. 30, the administration announced it would bring the refugee cap — the maximum number of displaced people the country decides to resettle in a federal fiscal year — to a historic low: 15,000.

The average during presidencies of both Republicans and Democrats had been around 95,000. But the announcement on the new cap doesn’t mean the bad news for refugees, or organizations that help them, ended there.

“It’s not official, the president still has to sign it,” so no refugees can enter the country until that happens, said Ashley Feasley, director of policy for Migration and Refugee Services at the U.S. Conference of Catholic Bishops. “I have no idea when he’ll sign it.”

Feasley said there’s a “pause” until Oct. 26, which means nothing will happen until then.

The low number was a gut-punch to those who already were bracing for bad news, but now they worry the stalling action could put even more lives in danger as people who need refuge will be left out.

“The number is terrible,” said Feasley, in an Oct. 1 interview with Catholic News Service. “It’s a continued cutting of refugees allowed to come to the U.S. in a moment of global need. We’re seeing increase refugee flows from a number of places including places that the administration is very much taking an active policy role in, like Venezuela.”

Though a media note released around midnight late Sept. 30 mentions Venezuela, and “our support for the legitimate government of Venezuela in the face of the illegitimate Maduro regime’s tyranny,” it says nothing about how the U.S. will help the 4 million who have been displaced from the South American country, which finds itself in conflict.

“There’s a mention but no action to help,” Feasley said.

The announcement is a continuation a downward trend, one starkly visible in a graph by the Migration Policy Institute that shows the ebbs and flows of the 40-year-old program, with a steep drop starting in fiscal 2017, when President Donald Trump took office.

The cut was a further blow to agencies, such as Catholic Charities, who along with secular and other faith organizations, including the Hebrew Immigrant Aid Society and Lutheran Immigration and Refugee Service, have for decades helped populations under siege resettle in the U.S.

“This is just a further death by a thousand paper cuts in terms of the capacity of a great network,” Feasley said. “Not just Catholic but interfaith and secular groups in partnership with the federal government that was recognized as model around the world.”

Feasley also said it cuts programs that had allowed the church to practice its long tradition of helping the stranger.

“It means a lot for Catholics as our faith tradition has a long history, a noted history, of being forced to be on the move, being refugees but also of a people who are welcoming, of accompanying others who are forced to leave,” she said.

“From Jesus onward, we see stories of this in the Bible,” she continued. “Additionally, Pope Francis has mentioned this as one of his issues of great focus and understanding … recognizing those who have been forced out of their homes, fleeing persecution or circumstances beyond their control.”

The announcement came after the Catholic Church celebrated Sept. 27 as the 2020 World Day of Migrants and Refugees.