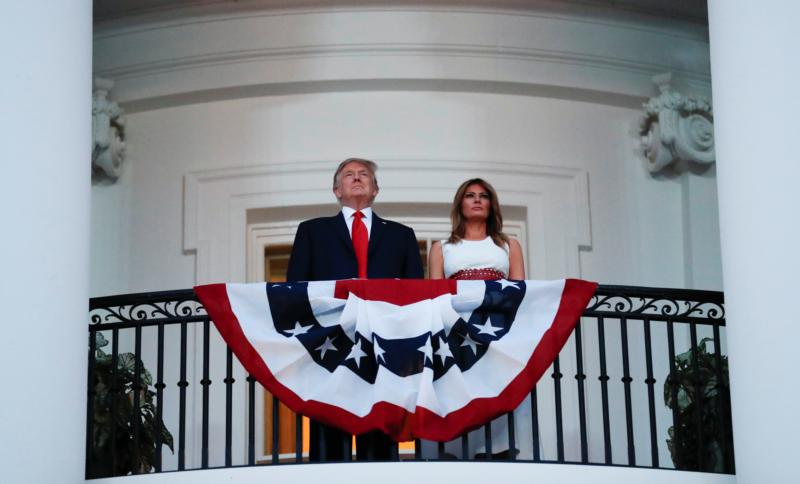 WASHINGTON (CNS) — President Donald Trump is expected to refile paperwork during the second week of July to end to the Deferred Action for Childhood Arrivals program, or DACA, following the Supreme Court ruling that his administration went about trying to end the program the wrong way.

The Hill, a political news outlet, reported July 6 the president’s upcoming action had been expected the previous week and currently “the exact timing remains in flux.”

The day after the court’s June 18 DACA ruling, the president vowed to do something about it and tweeted he would submit “enhanced papers” to comply with requirements to end DACA. “Nothing was lost or won,” he said about the decision, saying the court had punted on it and the administration would just try again.

The issue before the court was Trump’s 2017 executive order to end the Obama-era program that had enabled 700,000 qualifying young people, brought to the U.S. as children by their parents without legal documentation, to work, go to college and get health insurance — and not face deportation.

The court’s combined decision on three separate appellate court rulings that blocked Trump’s order stop DACA basically left the program in place — protecting recipients from deportation and enabling them to still receive benefits such as work authorization — while emphasizing the president went about rescinding the program in the wrong way.

Catholic leaders who work on immigration issues right away predicted Trump would continue his efforts to end DACA, starting with refiling the paperwork to do so in a way that complied with the high court’s requirements.

The process will “likely immediately be mired in litigation,” said Ashley Feasley, director of policy for Migration and Refugee Services for the U.S. Conference of Catholic Bishops.

Ilisa Mira, an attorney in the Oakland, California, office of Catholic Legal Immigration Network, or CLINIC, similarly said Trump could issue a new memo that she said would satisfy what the court was looking for but would “bring up more litigation.”

Another possible path, she said, would be for the Department of Homeland Security to issue a regulation affecting the program that would need a notice and comment period and could take months to complete.

The Supreme Court’s majority opinion, written by Chief Justice John Roberts, said the government failed to give acceptable reasons for ending DACA and that Homeland Security Secretary Elaine Duke, in her efforts to dismantle the program three years ago, didn’t use all options to limit the program and didn’t consider the program’s importance to its participants.

“Here the agency failed to consider the conspicuous issues of whether to retain forbearance and what if anything to do about the hardship to DACA recipients,” the opinion said. “That dual failure raises doubts about whether the agency appreciated the scope of its discretion or exercised that discretion in a reasonable manner. The appropriate recourse is therefore to remand to DHS so that it may consider the problem anew.”

While waiting to see what the president does, immigration advocates, like Feasley and Mira, are urging DACA supporters to push the Senate for legislation that would give DACA recipients, known as Dreamers, and those with Temporary Protected Status, or TPS, a path toward citizenship.

“We can’t let the Senate get a pass,” Feasley said in a June 19 webinar sponsored by the USCCB’s Justice for Immigrants campaign.

When asked if the issue could wait until after the November elections, Feasley was adamant it could not, “especially if the president is doubling down; it really is time,” she said.