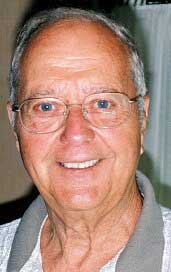 Turissini accomplished this by bringing to the board’s attention the urgent human needs of people in Steuben County. Unemployment and poverty rates were extremely high, and the county’s vast expanse made access to services very difficult.

Turissini — who served on Catholic Charities of the Southern Tier’s board as chair of the Advisory Council — became the first president of Catholic Charities of Steuben County’s board of directors when that agency was created in 2003. He provided leadership to the Steuben agency as chair of the Advisory Council and board president for more than 11 years.

In 2003 Turissini received the Errol Shand Award given by United Way for outstanding volunteer contributions. He was the 2005 recipient of the Bishop Clark Award, which was established in 1999 through its presentation to the bishop himself.

Since then, diocesan Catholic Charities has presented the Bishop Clark Award to a staff member or volunteer who models exemplary commitment to using his or her talents and resources in service of others; to building an agency that safeguards human life and dignity; and to promoting justice and peace that is animated by charity. Turissini has demonstrated all these qualities through his role in creating and the continued leadership of Catholic Charities of Steuben County.

Other past recipients of the Bishop Clark Award include: