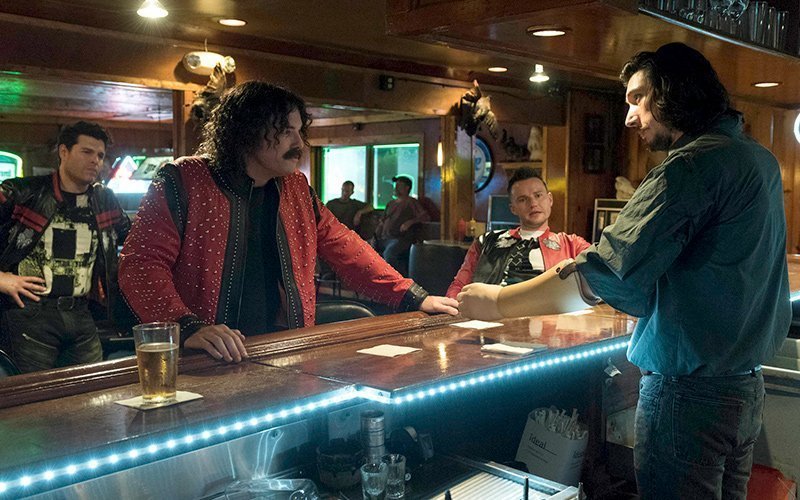 Instead of suave leading men like George Clooney and Brad Pitt, who rob casinos with sophistication and flair, Rebecca Blunt’s screenplay presents a band of mismatched misfits from West Virginia who turn to crime in the hope of a better life beyond the trailer park.

The resulting romp is an amusing bit of fluff, a tasty confection that, like cotton candy and other late summer treats, does not linger long in the memory. It’s safest for grownups, but possibly acceptable for mature teens as well. Jimmy Logan (Channing Tatum) has just lost his job as a coal miner. He adores his daughter Sadie (Farrah Mackenzie), who lives with his mean ex-wife, Bobbie Jo (Katie Holmes). With Bobbie Jo planning to relocate out of state, Jimmy is in desperate need of cash to move closer to his daughter.

He concocts a scheme to rob the Charlotte Motor Speedway in neighboring North Carolina during a NASCAR race. The racetrack sits atop a series of tunnels which Jimmy helped to excavate, and where he observed the elaborate system of pneumatic tubes that funnels cash from the betting windows and concessions above to the vault below.

A bit too eagerly, Jimmy’s siblings hop on board: his one-armed bartender brother, Clyde (Adam Driver), who makes a mean martini, and his sassy sister, Mellie (Riley Keough), a beautician.

All that’s needed is a demolition expert to blow a hole in the vault. Enter the aptly named Joe Bang (Daniel Craig, straying very far indeed from his James Bond persona). There’s one catch: This lunatic is in prison.

No worries: Jimmy and Clyde arrange to spring Joe for the heist and have him back in his cell before the guards miss him.

The film contains drug references and occasional profane and crude language. The Catholic News Service classification is A-III — adults. The Motion Picture Association of America rating is PG-13 — parents strongly cautioned. Some material may be inappropriate for children under 13.