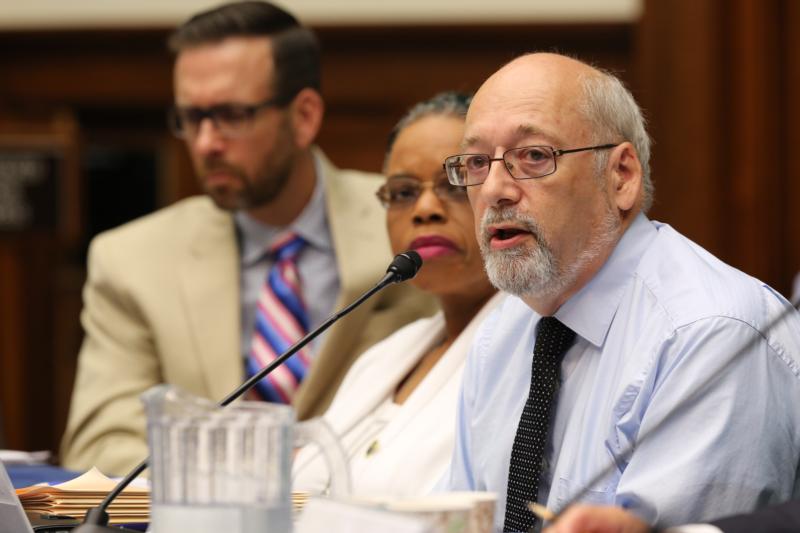 Richard Doerflinger, former associate director of the Secretariat of Pro-Life Activities at the U.S. Conference of Catholic Bishops, speaks during a July 8, 2016 forum on the Conscience Protection Act on Capitol Hill in Washington.

WASHINGTON (CNS) — The U.S. Conference of Catholic Bishops and 32 other organizations have signed a joint letter of support for the Conscience Protection Act of 2017.

The bill, which has House and Senate versions, is intended to close loopholes that ignore the conscience rights of medical professionals on abortion, according to the signed letter.

“Even many ‘pro-choice’ Americans realize that the logic of their (opponents’) position requires them to respect a choice not to be involved in abortion,” said the letter, dated Sept. 6 and addressed to senators.

“Yet, with violations of federal conscience laws occurring in California, New York, Washington, Alaska, Illinois, and most recently Oregon, it is increasingly clear that the current laws offer far less protection in practice than in theory,” the letter added.

“Federal conscience laws do not authorize a ‘private right of action’ allowing the victims of discrimination to sue on their own behalf, and allowing courts to take measured action to end this discrimination,” it said.

Its backers say the bill “would mean almost no change in the substantive policy of Congress” but “would be an enormous step forward in assuring Americans who serve the sick and needy that they can do so without being forced by the government to violate their most deeply held convictions on respect for innocent human life.”

Other signers included the National Right to Life Committee, the Alliance Defending Freedom, the Southern Baptist Ethics &amp; Religious Liberty Commission, the National Association of Evangelicals, the March for Life Education and Defense Fund, the American College of Pediatricians and the Susan B. Anthony List.