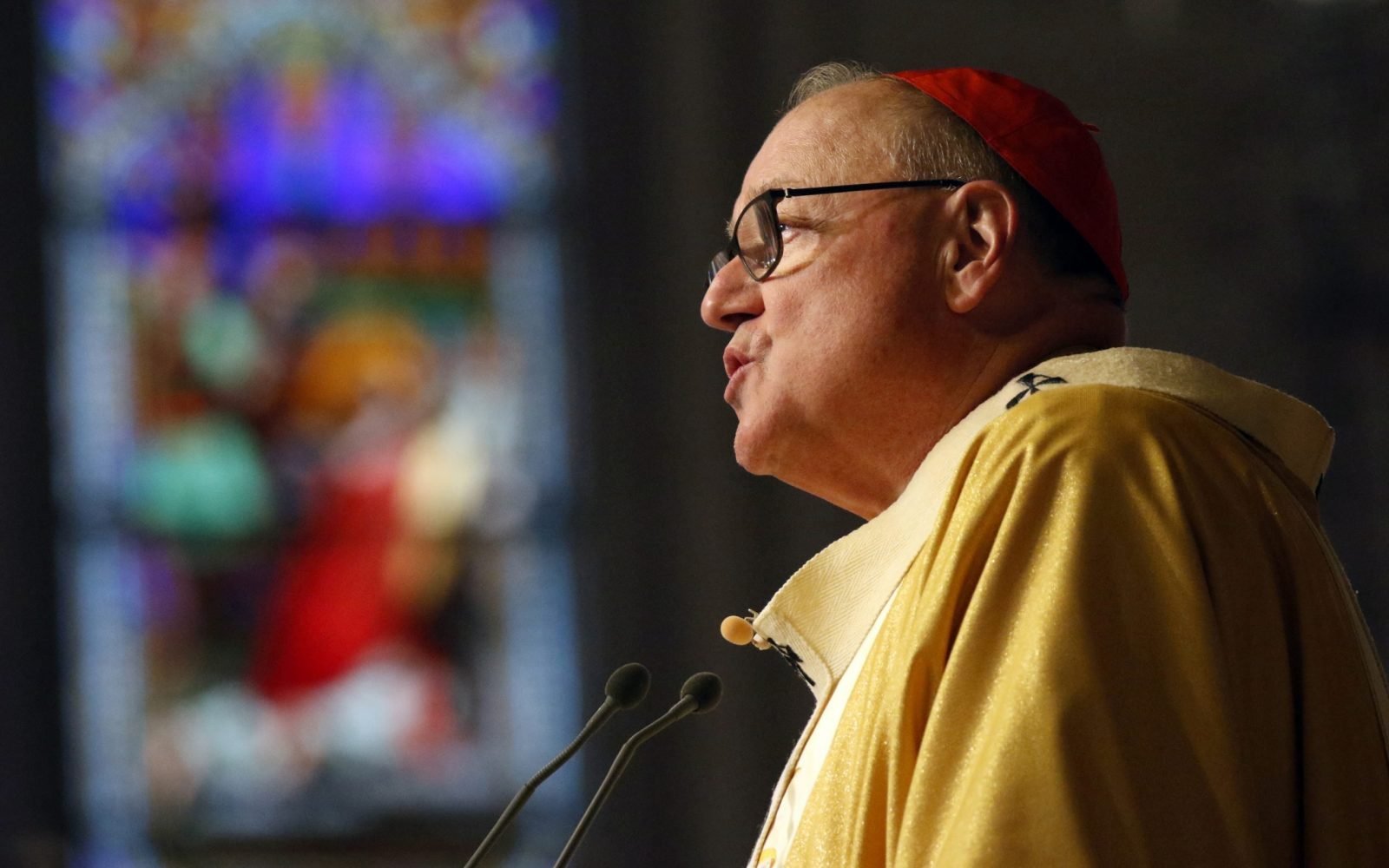 WASHINGTON (CNS) — U.S. church leaders welcomed the norms issued by Pope Francis May 9 giving clear direction to the global Catholic Church about reporting abuse and holding church leaders accountable, saying it confirms what they already have in place and also gives them a way forward.

The document — which among other things, requires all Catholic priests and women religious to report sexual abuse by clergy and church leaders and provides whistleblower protection for those making allegations — was described as a “blessing that will empower the church everywhere to bring predators to justice,” said Cardinal Daniel N. DiNardo of Galveston-Houston, president of the U.S. Conference of Catholic Bishops.

Other bishops echoed his sentiment, issuing statements and speaking out on Twitter about their gratitude for the pope’s action. Several said that the norms directly address needed improvements to the church’s response to abuse by requiring all dioceses around the globe to establish a public, accessible and reliable system for reporting crimes of clergy sexual abuse and any cover up of abuse within one year.

New York Cardinal Timothy M. Dolan described the norms as a sign of the pope’s “desire to institute reform, promote healing, and insure justice” and said they were a “much-needed and tremendously important step forward for the church universal.”

For U.S. church leaders, the pope’s willingness to hold bishops as well as priests accountable was important in light of their own efforts this past year. They have been dealing with the fallout associated with the release of a Pennsylvania grand jury report last summer detailing hundreds of allegations of abuse over a 70-year period and the defrocking of one of their own earlier this year: Theodore McCarrick, a former cardinal and retired archbishop of Washington, in the wake of credible abuse allegations.

Last fall, U.S. bishops had planned to vote on their response to the clergy sex abuse crisis during their general assembly in Baltimore, but they didn’t do so at the urging of the Vatican, which had asked them to wait until after the February summit on clergy abuse with the pope and presidents of the bishops’ conferences around the world.

Boston Cardinal Sean P. O’Malley said the pope’s document, “Vos estis lux mundi” (“You are the light of the world”) was a fulfillment of Pope Francis’ pledge at the Vatican’s February summit on protection of minors to provide “concrete measures” to respond to the clergy sexual abuse crisis in the church.

At the end of the February meeting, the Vatican promised to provide direction for how bishops and religious superiors should handle abuse allegations and how they should prepare the relevant documents for the doctrinal congregation when an accusation is found to be credible.

Now that the global church has the required steps they need to follow in front of them in terms of abuse response, U.S. church leaders are determined to discuss their implementation of the norms at their upcoming June meeting in Baltimore.

Chicago Cardinal Blase J. Cupich said in a May 9 statement that the new rule “validates many of the procedures already in place in the Archdiocese of Chicago and in the United States” but it also “provides a framework for the bishops in this country to adopt measures at our June meeting that will both implement the pope’s executive order and address the issue of holding everyone in the church accountable.”

The U.S. bishops have a boilerplate to begin further work in response to the abuse crisis, but they also know from the pope’s document that they are hardly alone in directly confronting this problem.

Cardinal Joseph W. Tobin of Newark, New Jersey, pointed out on Twitter May 9 that the pope’s new rule reflected his belief “that a worldwide problem demands solutions that apply to the whole church” and “having this new law already available in seven languages is a good start!”

She said the norms “offer a global response to a global crisis,” noting that one of the challenges of February’s Vatican summit on abuse was that, for years “clergy sexual abuse has been erroneously regarded by many in the church as a Western problem” with church leaders in many parts of the world saying clergy sexual abuse was “simply not occurring in their countries or regions.”

In an email to Catholic News Service, Reynolds said that some church leaders right up to and during the Vatican summit were suggesting that the “development of universal guidelines on abuse reporting would be impossible because of global cultural differences.”

But now, these new guidelines from the pope on the heels of the February meeting, shows the pope “acting decisively to address abuse on a global scale. This is a major stride,” she said.

Kurt Martens, a canon law professor at The Catholic University of America in Washington, similarly noted the global nature of the pope’s action saying in a May 9 Twitter thread that the “universal law shows that the abuse crisis is not simply an American problem but concerns the whole church.”

“We are finally moving from darkness into light on a world scale,” he added.

Martens also said the law, along with the companion March 26 Vatican law stipulating jail time for any public official of the Vatican who fails to report abuse, “sets an unmistakable new course. Voices of the victims are heard; there is no turning back now.”

He also said the law means the church, in the U.S. as well as the world, has to get to work.

“We cannot rest. We must embrace and implement,” this document, he said, adding that the pope reminds Catholic leaders that they should not “merely treat this as technical positive law, but this must be accompanied by a full ecclesial spirit, common purpose and conversion.”

Amid the praise for the pope’s document, given “motu proprio,” (on the pope’s own initiative), some have said further steps need to be taken.

Kim Smolik, CEO of Leadership Roundtable, said she welcomed the pope’s action for going “further than any previous church laws in its scope of accountability and its global reach” but she said the document doesn’t “address the breadth of culture change necessary to address the root causes of the crises of abuse and leadership failures.”

The Leadership Roundtable was formed in the wake of the 2002 abuse scandal in the Archdiocese of Boston, by lay, religious and ordained leaders to help the church address the abuse crisis and promote best practices and accountability in all areas.

The survivor’s network, SNAP, said in a May 9 statement that it was skeptical of this new law, but it recognized “some good things within it.”

The group said it was “glad that the Vatican is specifically recognizing the plight of vulnerable adults by acknowledging ‘the abuse of authority,’ regardless of a victim’s age” and it was pleased the Vatican pledged to move quickly on internal investigations

“A lack of policies or procedures has never been the main problem in the clergy sex abuse scandal,” the group’s statement added. “Rather, it has been a lack of accountability for hierarchs who conceal sex crimes and a deficit of courage and willingness to take immediate, decisive action on those who have enabled those crimes to occur.”

Archbishop William E. Lori of Baltimore, who has instituted new reforms in his archdiocese that implemented changes planned by the U.S. bishops as a whole, acknowledged that the work of church leaders is not yet done.

“As church leaders continue on the path of repentance, reform and renewal for our entire church,” the archbishop said, “we must continue to remain vigilant and to seek new ways of advancing transparency, accountability and healing for those harmed by members of the church.”
– – –
Follow Zimmermann on Twitter: @carolmaczim