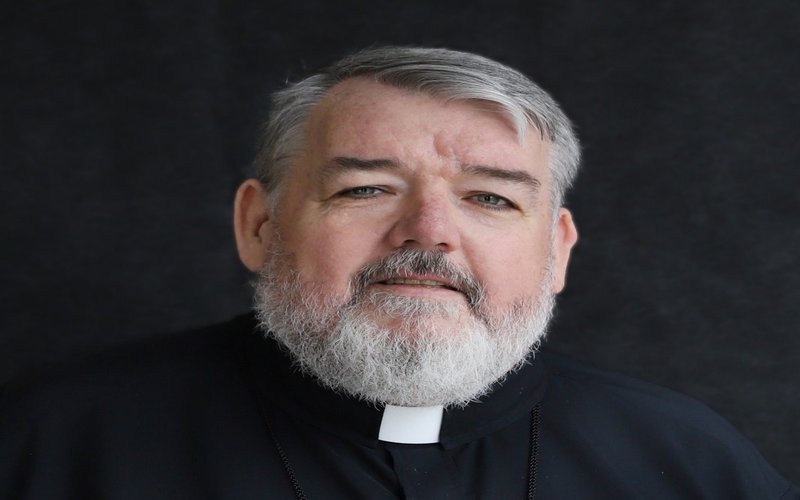 “I am very grateful and honored for this opportunity to continue the work of St. Brother Andre so that his important mission reflects the values of our Congregation of Holy Cross,” said the new rector. Brother Andre firmly believed “that everyone he met, regardless of origin and beliefs, could share our faith by belonging to the universal church.”

The president of the Oratory’s board of directors, Serge Benoit, explained that when the nomination process began several months ago, Father DeLaney quickly became the obvious choice to the selection committee. He said Father DeLaney, who worked in Chile for 10 years, is “a natural leader, a man of faith and a team player.”

Born in the United States in 1958, Father DeLaney grew up in Skaneateles, New York. He was admitted to the Congregation of Holy Cross in 1981 and was ordained a priest in 1987. For the past five years, he has directed the Holy Cross Mission Center, the organization that coordinates the missionary work of the American Province members of his religious congregation.

Father DeLaney’s nomination coincides with yet another debate about the French language’s future in the province of Quebec. Some Catholics expressed concerns that it would be the first time the oratory’s rector would not be French Canadian.

The oratory explained that the religious personnel of the oratory includes priests of various nationalities, which is a reflection of “the pilgrims, the visitors and the community here.” The appointment of Father DeLaney is part of this multicultural approach, the oratory said Nov. 18.

The installation Mass of the new rector will be Nov. 22 at 11 a.m. Since the number of people who will be able to attend will be limited due to COVID-19 health measures, the Mass will be broadcast live on the oratory’s Facebook page and on its YouTube channel.

Father DeLaney will succeed Father Claude Grou, rector for the past 15 years. Father Grou was present at the Vatican when Brother Andre, the oratory’s founder, was canonized by Pope Benedict XVI.

In recent years, he has worked hard to promote “the oratory’s spiritual and welcoming mission” while working “to ensure its sustainability by piloting the major development project that will modernize it and provide it with exceptional cultural infrastructures,” said Benoit.

On March 22, 2019, while he was celebrating a Mass in the oratory’s lower church, Father Grou was attacked by a psychologically disturbed young man. The knife broke and Father Grou’s injuries were minor.

Gloutnay is a reporter for Presence info in Montreal.