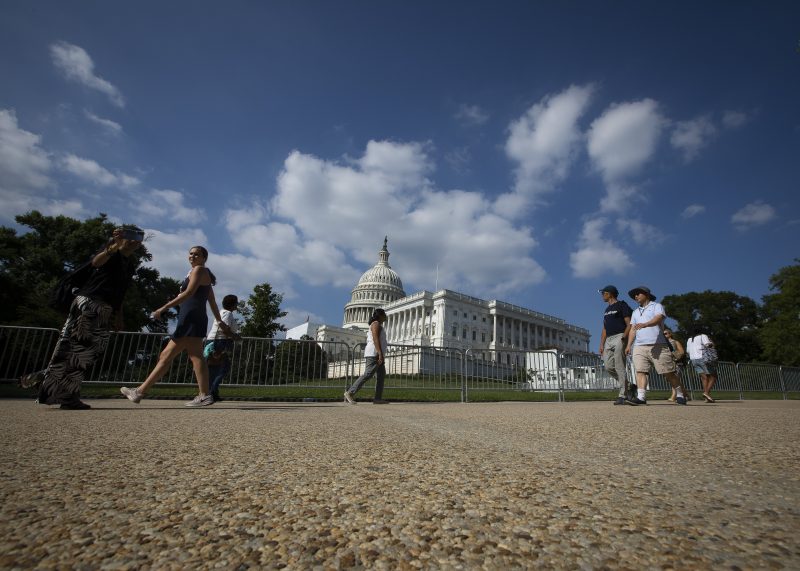 WASHINGTON (CNS) — The chairmen of two U.S. bishops’ committees said a measure passed by the House July 15 is “the most unjust and extreme abortion on demand bill our nation has ever seen.”

They implored lawmakers “who see abortion as a legitimate ‘solution’ to the needs of women to abandon this path of death and despair,” urging them to join the U.S. bishops in prioritizing “the well-being of women, children and families” by providing material resources and “personal accompaniment” so “no woman ever feels forced to choose between her future and the life of her child.”

Archbishop William E. Lori of Baltimore, chairman of the U.S. Conference of Catholic Bishops’ Committee on Pro-Life Activities, and Cardinal Timothy M. Dolan of New York, chairman of the USCCB’s Committee for Religious Liberty, made the comments in a joint statement July 18.

In a mostly party-line vote of 219 to 210, House members approved an updated version of the Women’s Health Protection Act of 2022, which would codify a right to abortion in federal law. An earlier version was passed in March by the House, but it failed to pass in the Senate.

The bill, H.R. 8296, would impose abortion on demand nationwide at any stage of pregnancy and would eliminate pro-life laws at every level of government — including parental notification for minor girls, informed consent, and health and safety protections specific to abortion facilities.

“Answering the needs of women by promoting taxpayer-funded elective abortion, as this bill would do, is a grave evil and a failure to love and serve women,” said Archbishop Lori and Cardinal Dolan.

“Offering free or low-cost abortions, instead of increasing the resources women need to care for themselves and their children, is not ‘choice’ but coercion and callous abandonment,” they said.

“Simply repeating the mantra that abortion is health care doesn’t make it so,” they added. “Deliberately ending the lives of defenseless and voiceless human beings is the antithesis of health care.”

They said H.R. 8296 would likely force health care providers and professionals to perform, assist in and/or refer for abortion against their deeply-held beliefs, as well as force employers and insurers to cover or pay for abortion.

The House also passed the Ensuring Access to Abortion Act, H.R. 8297, which would ban states from punishing those who travel out of state “for reproductive health care.” This vote also was largely along party lines; the measure was approved 223-205.

Archbishop Lori and Cardinal Dolan invited everyone, in Congress and in the country at large, to join the U.S. bishops “in pursuing a vision we presented in ‘Standing with Moms in Need,'” which, they said, “upholds the truth that every human life is sacred and inviolable — a society in which the legal protection of human life is accompanied by profound care for mothers and their children.”

The USCCB issued the statement “Standing with Moms in Need”  earlier this year as the nation awaited the outcome of the Supreme Court’s ruling in Dobbs v. Jackson Women’s Health Organization, a challenge to a Mississippi law banning abortion after 15 weeks. Oral arguments were heard in the case Dec. 1.

The bishops reiterated their statement when a draft of the court’s majority opinion in Dobbs was leaked in early May indicating Roe v. Wade would be overturned.

On June 24, the court upheld the Mississippi law 6-3, but the high court also voted 5-4 to overturn its 1973 Roe decision and 1992’s Casey v. Planned Parenthood ruling, which affirmed Roe.

In the “Standing with Moms in Need” statement, the bishops pledged “to redouble our efforts to accompany women and couples who are facing unexpected or difficult pregnancies, and during the early years of parenthood, offering them loving and compassionate care through initiatives such as ‘Walking with Moms in Need’ and countless others.”

These efforts include ensuring all parishes are places of welcome for pregnant women in need and their families.

In 2020, the U.S. bishops launched the initiative “Walking with Moms in Need,” which aims to engage every Catholic parish “in providing a safety net to ensure that pregnant and parenting moms have the resources, love and support they need to nurture the lives of their children.”

In the “Standing with Moms in Need” statement, the bishops also said they would redouble “our advocacy for laws that ensure the right to life for unborn children and that no mother or family lacks the basic resources needed to care for their children, regardless of race, age, immigration status or any other factor.”

“We are deeply conscious that, after nearly half a century of legalized abortion, more than 65 million children have died from abortion and an untold number of women, men, and families suffer in the aftermath,” they also said.

“Recognizing this pain and loss, we also recommit our committees and urge our dioceses, parishes, and Catholic agencies and institutions: To proclaim God’s mercy after abortion and compassionately accompany women and men who are suffering after an abortion,” they said.

They also pledged to expand the church’s abortion healing ministries.

Editor’s Note: The full “Standing with Moms in Need” statement can be found online on the USCCB website at https://bit.ly/3yOkpyt.

Tags: Abortion, USCCB
Copyright © 2023 Catholic News Service, Inc. All rights reserved. Linking is encouraged, but republishing or redistributing, including by framing or similar means, without the publisher's prior written permission is prohibited.