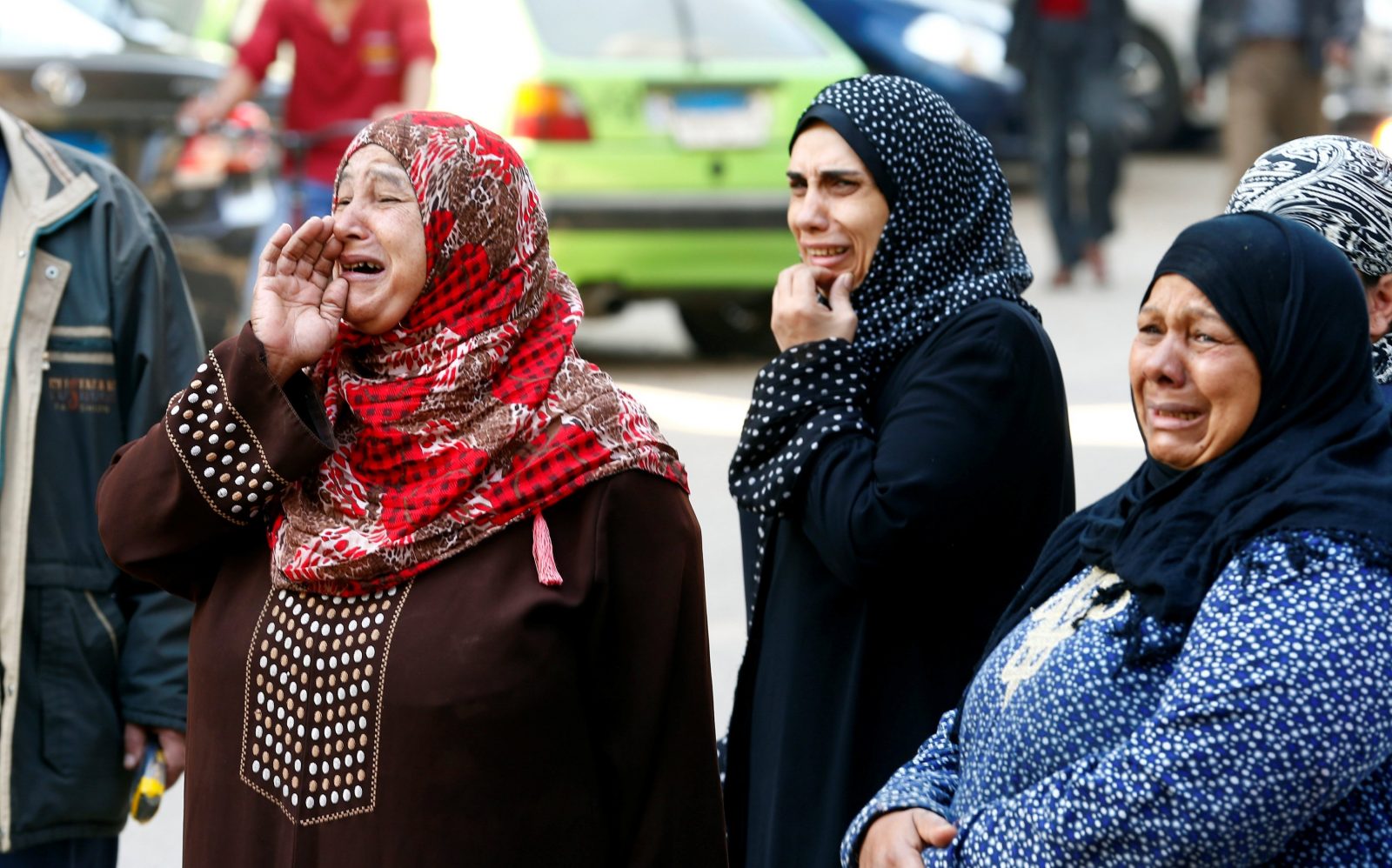 Egyptian Muslims cry as ambulances transport the bodies of victims killed after a Dec. 11, 2016, explosion inside the Coptic Orthodox cathedral complex in Cairo. (CNS photo by Mohamed Abd El Ghany/Reuters)

SALT LAKE CITY (CNS) — The U.S. bishops have urged Catholics to pray a novena for religious liberty in the nine days leading up to the feast of Christ the King on the last Sunday of Ordinary Time, which this year is Nov. 21.

Pope Pius XI instituted the solemnity in his 1925 encyclical “Quas primas” (“In the first”).

He set aside a special day so that “the Catholic Church, which is the kingdom of Christ on earth, destined to be spread among all men and all nations, should with every token of veneration salute her Author and Founder in her annual liturgy as King and Lord, and as King of kings.”

The U.S. Conference of Catholic Bishops’ Committee for Religious Liberty described the feast day as one “born out of resistance to totalitarian incursions against religious liberty” and asked it be a day when bishops and priests “preach about religious liberty, both here and abroad.”

“For Christians, when our faith is repeatedly marginalized in public life, we can fall into the habit of compartmentalizing our lives,” the USCCB website stated in its article “About Christ the King.”

“We love Jesus in our private lives, but we shrink from acknowledging the kingship of Christ in social life,” it said. “When we celebrate the solemnity of Christ the King, we declare to the world and remind ourselves that Jesus is the Lord of the church and of the entire universe.”

Other countries have seen an increase in hate crimes with a religious bias, such as vandalism of places of worship and religious symbols, and violent crimes against faith leaders and religious believers, the “Religious Freedom in the World” report stated.

The United States isn’t immune to this problem; 100 incidents of vandalism have been reported at Catholic sites alone since May 2020, and the FBI reported that Jews were the target of almost 60 percent of religious-bias hate crimes in the nation in 2020.

The FBI’s 2019 Hate Crimes report noted that there were 953 anti-Jewish incidents, 176 anti-Muslim incidents and 64 anti-Catholic incidents, as well as 12 incidents against the Church of Jesus Christ of Latter-day Saints. There also were 49 anti-Sikh incidents — an increase of 145% from 2017.

“let us offer our prayers to Christ the King for the freedom of the church,” the USCCB religious liberty committee in promoting the novena.

The intentions for each day of the novena follow:

— Day 2, Nov. 13: “May children waiting to be placed in a loving home and the caregivers who serve those children find strength and support from the church.”

— Day 3, Nov. 14: “May Christian witness in the face of attacks on our churches convert hearts to faith in Jesus Christ.”

— Day 4, Nov. 15: “May governments respect the consciences of all people who care for the sick and vulnerable.”

— Day 6, Nov. 17: “May Christians always have the courage to speak the truth with kindness and clarity.”

— Day 7, Nov. 18: “May the freedom of the Chinese Church and the rights of all religious minorities in China be respected.”

— Day 8, Nov. 19: “Intention: May Catholic schools in our country be free to teach the truth about God and his creation.”

— Day 9, Nov. 20: “May all Christians serve Christ the King and bear witness to his reign.”

Editor’s Note: Additional prayers may be found at online at https://bit.ly/3kvYd60.

Mischel is editor of the Intermountain Catholic, newspaper of the Diocese of Salt Lake City.