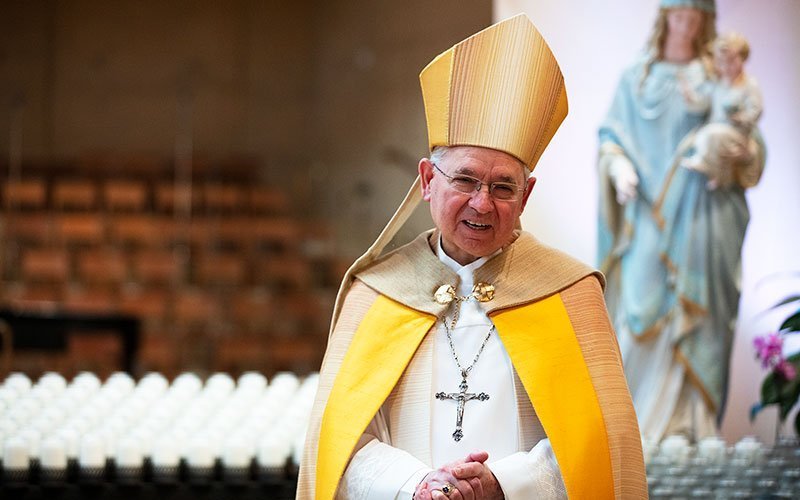 WASHINGTON (CNS) — The president of the U.S. Conference of Catholic Bishops said he is “deeply concerned” that by ruling federal law protects LGBT workers from discrimination, the U.S. Supreme Court “has effectively redefined the legal meaning of ‘sex’ in our nation’s civil rights law.”

“This is an injustice that will have implications in many areas of life,” Los Angeles Archbishop Jose H. Gomez said in a statement issued late June 15.

Earlier in the day the high court in a 6-3 vote said LGBT people are protected from job discrimination by Title VII of the Civil Rights Act of 1964.

“An employer who fires an individual for being homosexual or transgender fires that person for traits or actions it would not have questioned in members of a different sex,” said Justice Neil Gorsuch writing the opinion in the case argued at the start of the court’s term last October.

“Only the written word is the law, and all persons are entitled to its benefit,” Gorsuch wrote. Dissenting votes were from Justices Samuel Alito, Clarence Thomas and Brett Kavanaugh.

Archbishop Gomez said that “by erasing the beautiful differences and complementary relationship between man and woman, we ignore the glory of God’s creation and harm the human family, the first building block of society.”

“Our sex, whether we are male or female, is part of God’s plan for creation and for our lives,” he continued. “As Pope Francis has taught with such sensitivity, to live in the truth with God’s intended gifts in our lives requires that we receive our bodily and sexual identity with gratitude from our Creator. No one can find true happiness by pursuing a path that is contrary to God’s plan.”

The decision handed down was for two consolidated cases about fired gay employees and a separate case concerning a fired transgender worker who had sued for employment discrimination after being fired.

At issue in this case is the wording in the Civil Rights Act, which prevents employment discrimination based on race, religion, national origin and sex. The court had to determine if discrimination that was not allowed based on sex applied to sexual orientation as well as gender identity.

In his statement, Archbishop Gomez said that “protecting our neighbors from unjust discrimination does not require redefining human nature.” Every human person “is made in the image and likeness of God and, without exception, must be treated with dignity, compassion and respect,” he said.

“We pray that the church, with the help of Mary, the Mother of God, will be able to continue her mission to bring Jesus Christ to every man and woman,” he said including his statement

The USCCB, along with a number of other religious groups, filed friend-of-the-court, or “amicus, briefs in the cases in favor of the employers. The USCCB brief said the added employee protection could impact faith-based schools, health care providers and homeless shelters that operate by “religious and moral convictions.”

Carol Zimmermann contributed to this story.