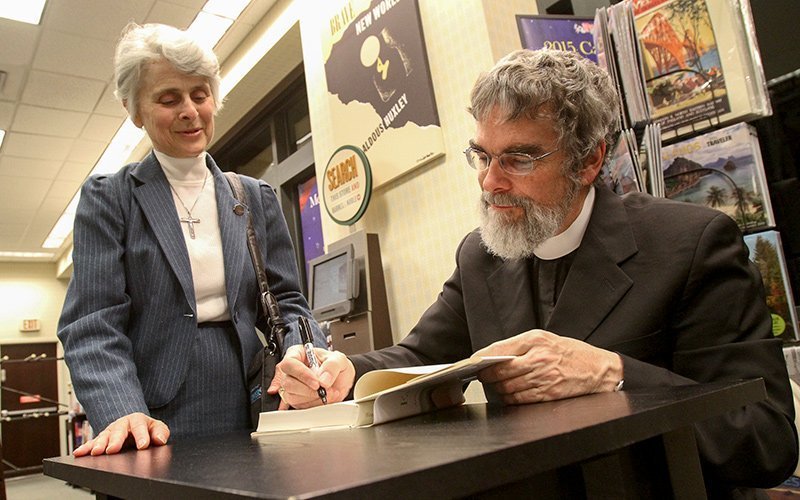 Jesuit Brother Guy Consolmagno will be the guest speaker for the 2017 Catholic Courier Lecture Oct. 5.

Jesuit Brother Guy Consolmagno, sometimes referred to as “the pope’s astronomer,” will be the guest speaker for the 2017 Catholic Courier Lecture Oct. 5 at 6 p.m. at the Strasenburgh Planetarium, 663 East Ave. in Rochester.

Brother Consolmagno, the director of the Vatican Observatory, will discuss the relationship between science and faith and the ways our understanding of that relationship have changed through the centuries.

Brother Consolmagno was selected as this year’s guest speaker because he is an interesting Catholic figure in a prominent position, yet many Catholics likely don’t know much about him or what he does, according to Kevin Foy, chair of the Board Recruitment and Community Outreach Committee of the Courier’s board of directors, which plans the annual event.

The planetarium’s Star Theater seats 195 people, which is approximately the level of attendance at Courier lectures in 2015 and 2016. However, due to high initial interest in the lecture, the Courier staff will live stream the talk at www.CatholicCourier.com, and overflow seating has been arranged in the Eisenhart Auditorium on the RMSC campus, where as many as 300 additional guests will be able to view the streaming video on a large screen.

Pope Francis named Brother Consolmagno director of the Vatican Observatory in September 2015. A Detroit native, he graduated from Massachusetts Institute of Technology and lectured at both MIT and Harvard College Observatory before joining the U.S. Peace Corps to teach physics and astronomy in Kenya. He became a Jesuit in 1989.

The astronomer has been in the media spotlight in recent weeks, having delivered a lecture at a Kentucky church on Aug. 22, the day a total solar eclipse criss-crossed the nation. The site of his talk was in the path of totality of the event dubbed the “Great American Eclipse” and experienced two minutes and 40 seconds of darkness as the moon briefly blocked the sun. Brother Consolmagno spoke about the relationship between science and faith — the same topic he will discuss in Rochester — during a press conference before his pre-eclipse presentation.

“We’re here not just to remind my fellow scientists ‚Ä¶ but also to show religious people how important it is to be able to praise the Creator by studying creation, studying it honestly, finding out how God really created this place. There’s never going to be a shortage of marvels for us to discover or surprises for us to experience,” he said in the speech, which was covered by CNS.

Brother Consolmagno’s Rochester lecture, titled “From Galileo to Laudato Si: Why Science Needs Faith,” is free and open to the public.