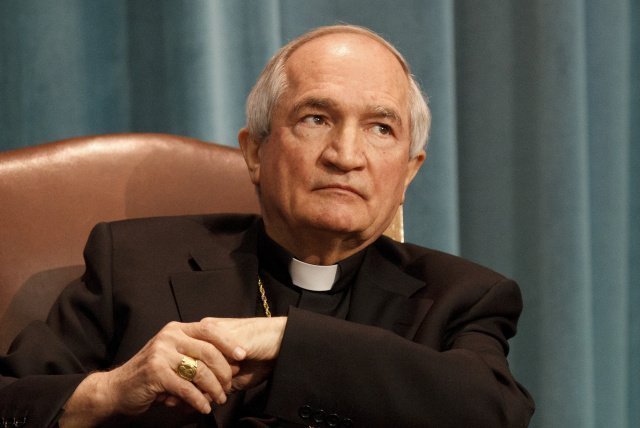 Archbishop Silvano M. Tomasi leads a five-member commission established by Pope Francis to look at the direction of the Order of Malta.

VATICAN CITY (CNS) — The Vatican confirmed its trust in the papal commission investigating the forced resignation of the Order of Malta’s former grand chancellor following a letter by the order’s grand master to discredit the group.

In a statement released Jan. 17, the Vatican said it "reaffirms its confidence" in the five-member group established by Pope Francis "to inform him about the present crisis of the central direction of the order."

The Vatican also rejected "any attempt to discredit these members of the group," led by Archbishop Silvano M. Tomasi, former Vatican representative to U.N. agencies in Geneva.

Other members of the commission are: Jesuit Father Gianfranco Ghirlanda, a canon lawyer and former rector of Rome’s Pontifical Gregorian University; Jacques de Liedekerke, former chancellor of the Order of Malta; Marc Odendall, counselor of the order; and Marwan Sehnaoui, president of the Order of Malta in Lebanon.

In a letter to members, obtained and reported Jan. 16 by The Tablet, a London-based Catholic news weekly, the order’s grand master, Fra Matthew Festing, accused three of the commission members of having links to "a fund in Geneva."

While admitting that there was no immediate evidence of "anything untoward," Festing said that "personal and financial links make the commission members clearly unfit to address the situation objectively."

The Tablet also reported that Festing said he would establish his own "commission of inquiry into the situation," adding that the papal commission will be kept "at arm’s length" until his inquiry is concluded.

Despite the increasing tensions with the order, the Vatican reiterated its support for "the commendable work that members and volunteers" with the Order of Malta carry out in various parts of the world in defense of the faith and in service to the poor and the sick.

However, it also called on all members of the order to cooperate with the commission and its work.

"The Holy See counts on the complete cooperation of all in this sensitive stage and awaits the report of the above-mentioned group in order to adopt — within its area of competence — the most fitting decisions for the good of the Sovereign Military Order of Malta and of the church," the Vatican said.