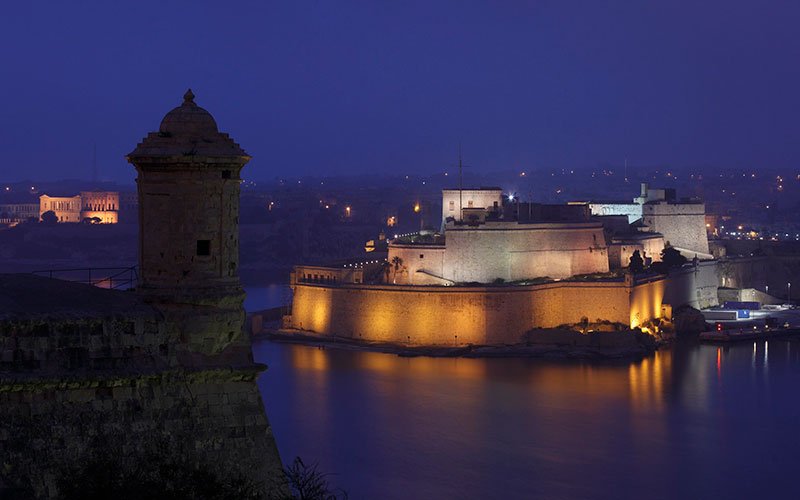 Fort St. Angelo, once the seat of the grand master of the Knights of Malta, is seen across the Grand Harbor in this early morning view from Valletta, Malta, in this March 26, 2010, file photo. The Vatican announced that Pope Francis will visit the island nation of Malta April 2-3, 2022. (CNS photo by Paul Haring)

Accepting the invitation of the president, civil authorities and bishops of the Mediterranean country, the pope will visit the cities of Valletta, Rabat and Floriana and the island of Gozo, Matteo Bruni, the spokesman, said in a written statement Feb. 10.

“The program and further details of the journey will be announced in the near future,” he said.

Malta is an archipelago made up of three main islands where St. Paul and his companions washed ashore nearly 2,000 years ago. Today, more than 90% of the country’s 460,000 people profess to be Catholic.

Pope Benedict XVI visited Malta in 2010 to help commemorate the 1,950th anniversary of St. Paul’s arrival and the birth of Christianity in this Mediterranean nation situated between Sicily and North Africa.

He met privately with local sex abuse victims in the midst of a worldwide storm over how the church handled clerical sex abuse; he assured the survivors that the church was doing everything in its power to bring perpetrators to justice and to prevent further abuse of young people.

The retired pope appointed his special promoter of justice at the Congregation for the Doctrine of the Faith, who dealt directly with many abuse cases, then-Monsignor Charles Scicluna, to be the auxiliary bishop of Malta. Today he is Malta’s archbishop and adjunct secretary of the doctrinal congregation.

Malta — along with Italy, Spain and Greece — continues to be a major point of arrival for many migrants crossing the sea illegally, and current European Union policies have left these countries on their own to rescue, shelter, verify and try to integrate these migrants.