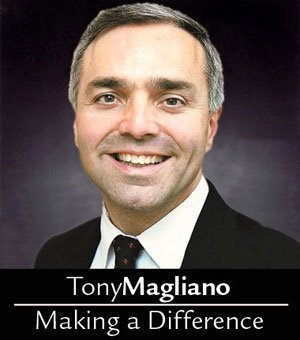 The Pontifical Council for Justice and Peace’s recently released social-justice document titled "Toward Reforming the International Financial and Monetary Systems in the Context of Global Public Authority" challenges us to creatively and boldly address the root causes of the world’s economic crisis and to make dramatic changes to our largely unjust and sick economic system.

Quoting Pope Benedict XVI, it states that this crisis "obliges us to replan our journey, to set ourselves new rules and to discover new forms of commitment, to build on positive experiences and to reject negative ones. The crisis thus becomes an opportunity for discernment, in which to shape a new vision for the future."

A compelling part of this new vision, as stated in the document, calls for a world public authority that would work to correct the growing inequality between rich and poor.

Although some will object that this idea is a new unorthodox attack from the left, actually it was proposed by Blessed Pope John XXIII in his prophetic encyclical Pacem in Terris ("Peace on Earth").

And "(Pope) Benedict XVI himself expressed the need to create a world political authority," states the document. "This seems obvious if we consider the fact that the agenda of questions to be dealt with globally is becoming ever longer."

The document also asks: "What has driven the world in such a problematic direction for its economy and also for peace?"

"First and foremost," it answers, is "an economic liberalism that spurns rules and controls."

Yes, indeed, corporate proponents of the unfair "free" market selfishly pushed the federal government to deregulate the financial industry, which, in turn, took away many of the economic safeguards that would have helped prevent the current recession.

The document reminds us that, "in 1991, after the failure of Marxist communism, Blessed (Pope) John Paul II had already warned of the risk of an ‘idolatry of the market.’" This idolatry puts personal and corporate profit above people. It stands in stark contrast to all that the Catholic Church teaches in her social doctrine regarding the economy!

Some critics — who desire to silence the document’s message — claim that it is a third-rate publication issued by an office of little importance that is tucked far away in the Vatican.

Jesuit Father Federico Lombardi, the Vatican spokesperson, said that the document was an "authoritative note of a Vatican agency." And much of its authority comes from its frequent use of papal teaching.

But the Pontifical Council for Justice and Peace is not interested in arguing the authoritativeness of its document, but rather in getting creative, morally based discussions going on how to build global financial and monetary systems that work fairly for everyone.

The document presents a Catholic road forward, away from unjust economies that greatly favor those with wealth and that largely ignore the working class and poor.

At a time when millions of Americans are poor, medically uninsured and unemployed, and approximately 1 billion of the world’s people are barely surviving in extreme poverty, this bold document provides solid moral principles and fresh practical ideas that, if implemented, will help create financial and monetary systems designed to serve the global common good.

"Toward Reforming the International Financial and Monetary Systems in the Context of Global Public Authority" deserves to be widely read, discussed in business forums, studied in universities, debated in the halls of governments and highlighted in homilies!