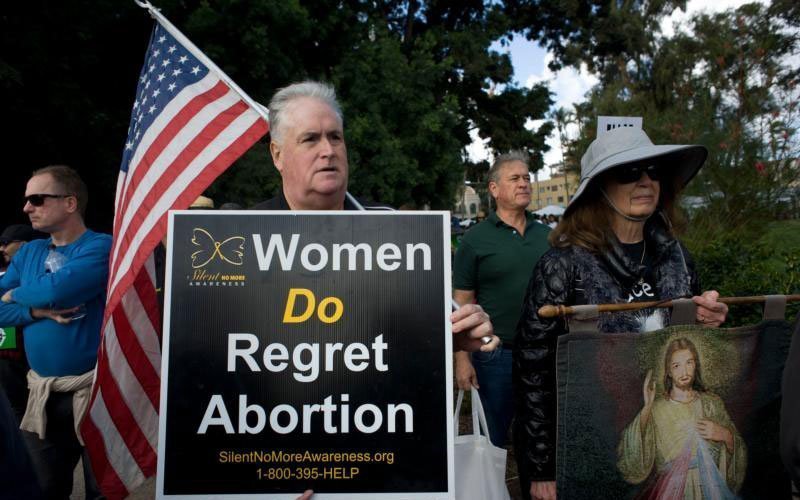 People participate in the annual Walk for Life in San Diego Jan. 20. The march was held in protest of the U.S. Supreme Court decision on Roe v. Wade to legalize abortion. (CNS photo by David Maung)

VATICAN CITY (CNS) — It is a contradiction to claim that promoting access to safe abortions is somehow protecting the human rights of women and girls, a Vatican representative said.

“In fact, abortion denies the unborn child his or her most basic right — to life itself,” said Archbishop Ivan Jurkovic, Vatican observer to U.N. agencies in Geneva.

As Pope Francis has said, “Human life is sacred and inviolable. Every civil right rests on the recognition of the first and fundamental right, that of life, which is not subordinate to any condition, be it quantitative, economic or, least of all, ideological,” the archbishop said.

He was addressing one of the agenda items of the May 21-26 meeting, specifically on the global strategy for the health of women, children and adolescents.

The Vatican delegation “shares many of the concerns and observations” in the W.H.O. director-general’s report, he said, including: the importance of universal health coverage; improving specific data on health; ending violence against women and children; and revising child health policies and programs so they cover from infancy to 18 years of age.

However, he said, the Vatican delegation had serious concerns about the inclusion of an item “on so-called ‘safe abortion’ in this report and in the global strategy in general.”

The delegation was also “immensely concerned” about the W.H.O. being part of an open-access “Global Abortion Policies” database launched by several U.N. departments and programs. The database summarizes every country’s laws and policies concerning abortion with the aim, according to the W.H.O., “to promote greater transparency of abortion laws and policies, as well as to improve countries’ accountability for the protection of women and girls’ health and human rights.”

“The Holy See does not endorse any form of legislation that gives legal recognition to abortion and, thus, firmly objects to any and all efforts by the U.N. or its specialized agencies to promote national legislation that permits the taking of the life of an unborn child,” the archbishop told the assembly.

“Moreover, the Holy See cannot accept the contradictory claim that promotion of so-called ‘safe abortion’ is a means to ‘protect’ the human rights of women and girls, when, in fact, abortion denies the unborn child his or her most basic right — to life itself,” he said.