Vatican official to meet in Texas with border bishops from U.S. and Mexico - Catholic Courier 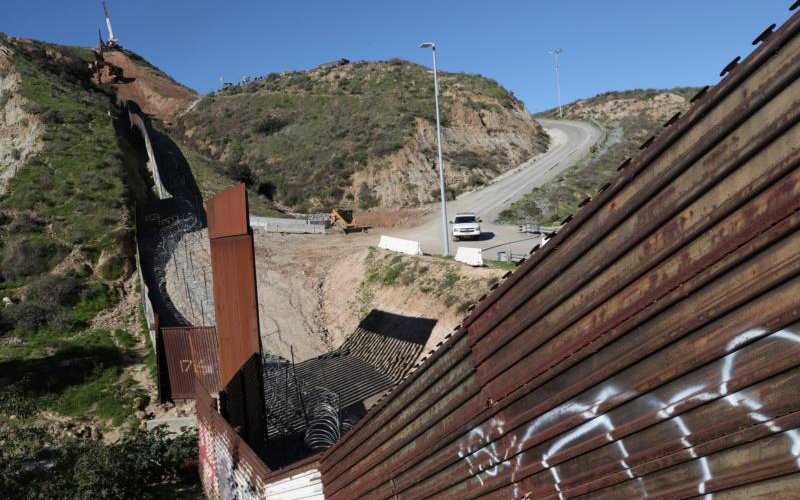 WASHINGTON (CNS) — Border bishops from the U.S. and Mexico, along with representatives from various Catholic social justice groups, will gather in El Paso, Texas, Feb. 25-27 for an emergency meeting on recent immigration developments in the region.

“It speaks to the urgency of the moment,” he said in a Feb. 22 telephone interview with Catholic News Service.

Father Robert Stark, of the Vatican’s Migrants and Refugees Section, will join the meeting with bishops who tend to populations along the border in the United States and Mexico. At least 14 bishops, including many from the dioceses of Brownsville and El Paso, Texas, the Diocese of Las Cruces, New Mexico, and the Archdiocese of San Antonio, plan to attend, along with representatives from the U.S. Conference of Catholic Bishops and a gamut of faith-based organizations that focus on social justice.

Corbett said the meeting will help groups strategize and unite efforts to confront some of the issues surrounding the treatment and perception of migrants, including xenophobia and racism. The gathering also will include a public event open to people of all faiths — a blessing of the desert, a place where many migrants have died or where its dangers later led to death, Corbett said.

That includes the lives of Jakelin Caal, a 7-year-old girl who died of dehydration in early December, and 8-year-old Felipe Gomez Alonzo, who died on Christmas Eve. Both were from Guatemala and had been under the supervision of U.S. Border Patrol officials at the time of their deaths.

“We’ll bless the desert to remember everyone who struggled or died,” Corbett said.

Though there’s no set agenda, Corbett said all topics are on the table, including discussion about recent Trump administration efforts aimed at deterring border crossings, such as recent policy to make asylum-seekers to the U.S. wait in Mexico and the national emergency declaration by the president, which would free up to $8 billion in taxpayer money for construction of a border wall.

Democrats in the U.S. House of Representatives announced Feb. 22 they will vote Feb. 26 to reject the president’s declaration though the bill is unlikely to clear the Republican-controlled Senate.

On Feb. 15, the day the declaration was made, Catholic bishops near the U.S.-Mexico border, joined by other U.S. prelates, including four cardinals, voiced opposition to it. In a statement signed by a dozen bishops, they said “In our view, a border wall is first and foremost a symbol of division and animosity between two friendly countries.”

In a separate statement, the president of the USCCB, Cardinal Daniel N. DiNardo of Galveston-Houston, and Bishop Joe S. Vasquez of Austin, Texas, chairman of the USCCB Committee on Migration, said they were “deeply concerned about the president’s action to fund the construction of a wall along the U.S.-Mexico border, which circumvents the clear intent of Congress to limit funding of a wall.”