Vatican report on investigation into ex-Cardinal McCarrick to be released Nov. 10 - Catholic Courier 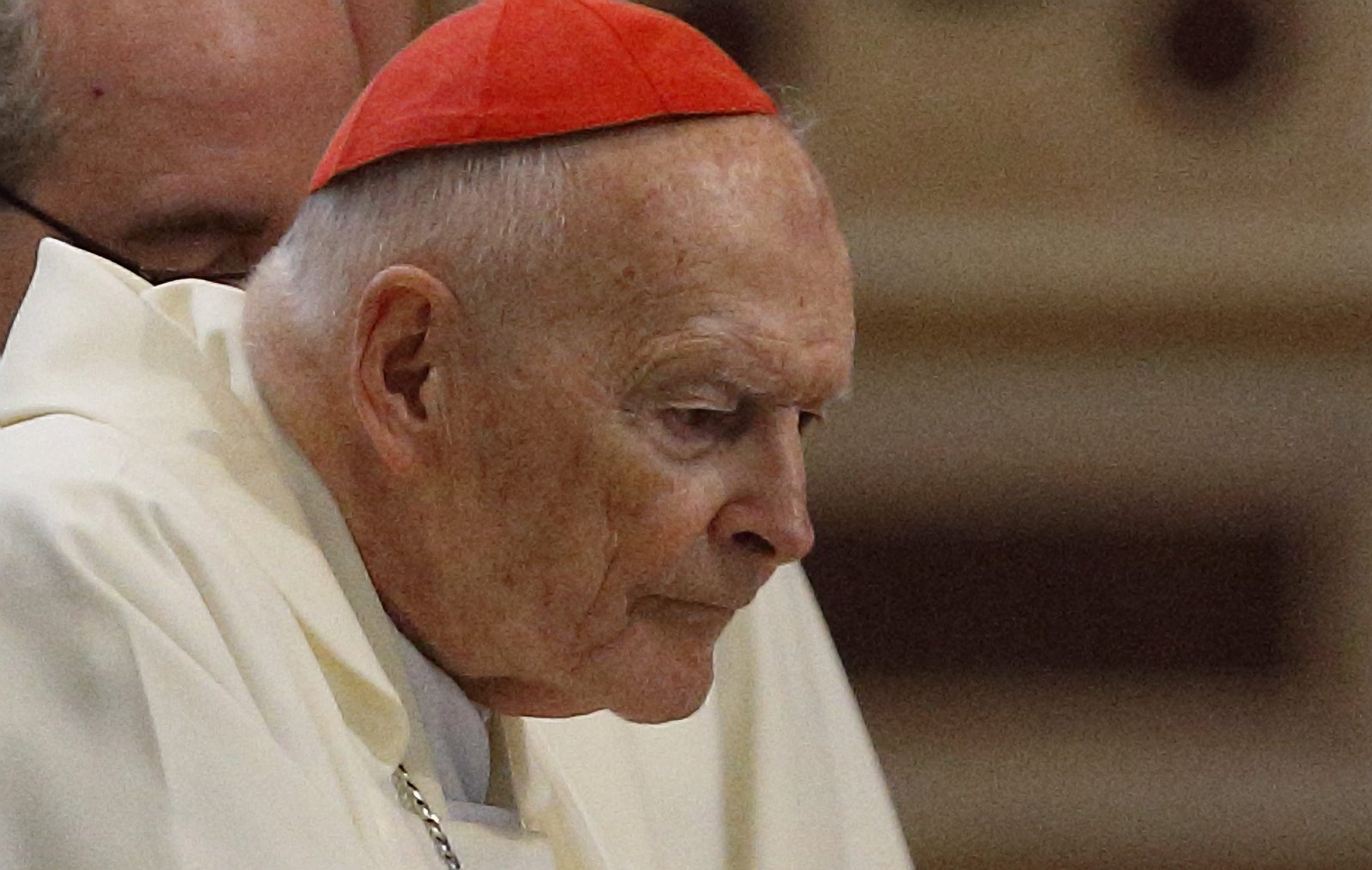 Then-Cardinal Theodore E. McCarrick attends a Mass in Rome in this April 13, 2018, file photo. The Vatican announced Nov. 6 that its long-awaited report on former Cardinal McCarrick will be released on at 2 p.m., Nov. 10, 2020, Rome time. (CNS photo by Paul Haring)

WASHINGTON (CNS) — Vatican officials announced Nov. 6 that the Holy See will release Nov. 10 a long-awaited report on the investigation about the ascent to power of now-disgraced former U.S. Cardinal Theodore E. McCarrick.

The report’s release comes days before the U.S. bishops gather virtually Nov. 16 and 17 for their annual meeting.

“On Tuesday, 10th November 2020, at 2 p.m. (Rome time), the Holy See will publish the report on the Holy See’s institutional knowledge and decision-making process related to former Cardinal Theodore Edgar McCarrick (from 1930 to 2017), prepared by the Secretariat of State by mandate of the Pope,” Vatican officials said.

It added: “The same day, an hour before publication, a section of the document will be provided in advance to accredited journalists.”

In an electronic update to the Archdiocese of New York, Cardinal Timothy M. Dolan referenced what, some suspected, was a signal about the imminent release of the report.

“We are also still waiting for the release of the so-called ‘McCarrick Report’ by the Holy See, detailing the damning story of former-cardinal Theodore McCarrick,” Cardinal Dolan wrote in a Nov. 5 email addressed to Catholics in the archdiocese. “That could be another black-eye for the church.”

But he said it was necessary to confront the truth.

“Better that the story come out, in all its awful detail, to both bring some measure of peace to the victim-survivors, as well as serve as a lesson on how to prevent a similar recurrence in the future,” Cardinal Dolan wrote. “We can thank Pope Francis for keeping his promise to undertake and release this report.”

The report has been a thorn in the side of bishops at their previous general meetings with some prelates urging its release.

In a brief presentation Nov. 11, 2019, to the U.S. Conference of Catholic Bishops, Boston Cardinal Sean P. O’Malley told the bishops gathered in Baltimore the Vatican would release what it knew by Christmas 2019, or perhaps early in 2020. But that didn’t happen.

McCarrick was dismissed by the Vatican from the clerical state in February 2019 following an investigation of accusations that he had abused children early on in his career of more than 60 years as a cleric, and that he also had abused seminarians as a bishop.

He had long been one of the premier U.S. bishops, traveling the world on behalf of the church as an esteemed member of the USCCB. After the accusations came to light in news reports, many were left wondering how he could have ascended in church ranks when others are said to have been aware of his alleged abuses.

The Vatican said it would launch an investigation.

At the 2019 U.S. bishops meeting in Baltimore, the last time U.S. prelates gathered physically as a group before the pandemic, Cardinal O’Malley said that “we made it clear to Cardinal (Pietro) Parolin at the leadership of the Curia that the priests and the people of our country are anxious to receive the Holy See’s explanation of this tragic situation, how he could become an archbishop and cardinal, who knew what and when.”

He was speaking of a meeting with the Vatican secretary of state in early November 2019.

“The long wait has resulted in great frustration on the part of bishops and our people and indeed a very harsh and even cynical interpretation of the seeming silence,” Cardinal O’Malley said at the bishops’ Baltimore meeting, the last time the topic was publicly discussed.

Cardinal Parolin said the Vatican’s intention had been to publish the report before the bishops’ November 2019 meeting, Cardinal O’Malley reported, “but the investigation has involved various dioceses in the United States as well as many offices” at the Vatican and a much larger than expected “corpus” of information than anticipated.