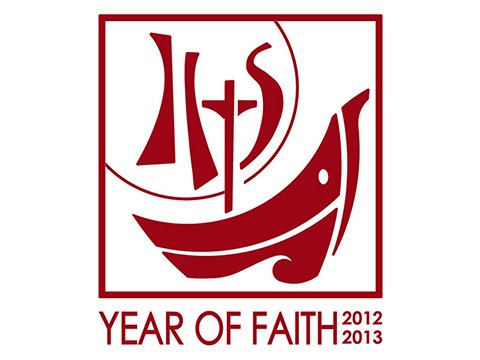 With cash prizes up for grabs, there’s an obvious hook to a new diocesan teen video contest.

Yet organizers believe the initiative’s greatest reward is priceless: rediscovering the sacrament of penance.

A new website devoted to penance, also known as reconciliation, is being launched in early December by the diocesan Department of Evangelization and Catechesis at http://forgiven.dor.org. Along with sections about education and reflection, the site will feature original videos produced as part of an online competition on the theme of penance.

According to Maribeth Mancini, departmental director, and Mary Dundas, coordinator of evangelization and sacramental catechesis, the contest is open to youths throughout the diocese in grades 9-12. Videos, running two to three minutes long, will be submitted via YouTube. Each entrant must belong to a Catholic parish or attend a Catholic high school. Participants can work alone or in groups.

Prizes of $500 for first place, $250 for second and $100 for third will be awarded. A committee of judges will narrow entries to the top three, and the winner will be determined by online voting.

The contest being conducted in conjunction with diocesan activities related to the worldwide Year of Faith, which began Oct. 11. Pope Benedict XVI proclaimed the special year so that Catholics could experience conversion and renewal in their relationships with Christ and their faith.

Also on the theme of conversion, the United States bishops overwhelmingly approved a statement Nov. 13, encouraging Catholics to renew their emphasis on penance. And Syracuse Bishop Robert J. Cunningham, apostolic administrator of the Diocese of Rochester’, has called for a special focus on penance throughout the Year of Faith. Bishop Cunningham also has declared a diocesanwide Day of Penance for March 26 — the Tuesday of Holy Week — when individual confession will be available from 12:30 to 7:30 p.m. at all diocesan parishes.

To further emphasize adherence to the sacrament during Lent, winners of the video contest are expected to be announced by Ash Wednesday, Feb. 13, 2013. Among the criteria for the contest will be creativity; what entrants learned about the sacrament while making their videos; which Scripture readings or church teachings influenced them the most; and how the videos will be shared with others.

Mancini and Dundas said a leading priority is for the videos, and the messages they carry, to reach as wide an audience as possible via parish youth groups and religious-education classes. In keeping with teens’ preferred modes of communication, they also have high hopes for the videos to be disseminated on Facebook and other social media.

"The point is, that they don’t keep (the video) to themselves," Mancini said.

Mancini and Dundas said that through the video initiative, they’re relying on the unique ways teens express their faith to draw Catholics of all ages toward the sacrament of penance.

"One of the things about kids is they get at the essence of things," Mancini said, adding that the sacrament is an exhilarating way to grow closer to Jesus and therefore should not be feared or avoided: "Penance is powerful, and we’ve let the sacrament get away from us. Here’s an opportunity to rediscover it."

She and Dundas said the priority on penance in the upcoming year will convey a sense of invitation, not scolding, for people who haven’t received the sacrament in some time or have never received it. By the same token, Dundas said she hopes the video contest will not be viewed as a one-shot deal, and that people will come away from the initiative with the sense that penance is "something we’re called to do" regularly as Catholics.

She added that she hopes the rediscovery of penance for youths and adults can lead to "a better sense of reconciliation in the family, the healing of relationships — to take all of that home and to use it in families."