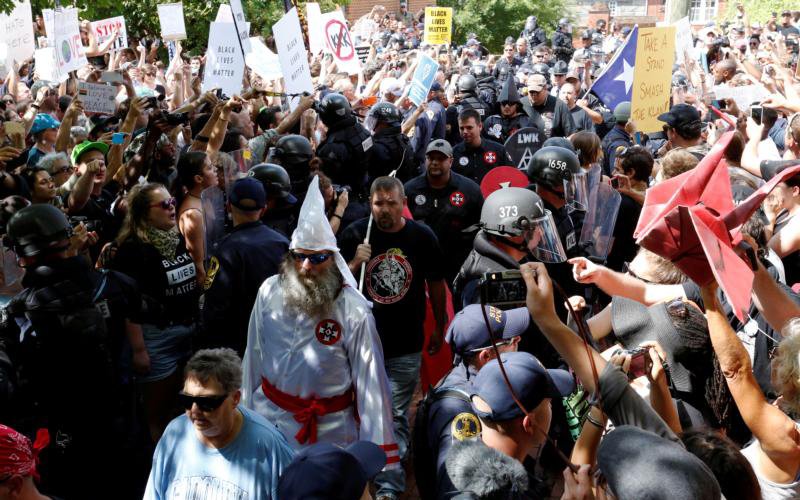 ARLINGTON, Va. (CNS) — Two bishops in the state of Virginia asked Catholics and others to offer prayers for peace on the first anniversary of a deadly rally in Charlottesville.

“I call upon all Catholics and people of good will to pray for peace in our nation, and for an end to the division that is caused by racism and prejudice,” Arlington Bishop Michael F. Burbidge said Aug. 10. “We must shine a light on injustice, be advocates for those who are victims of discrimination, and continue to affirm the dignity of every human person as we are all created in the image and likeness of God.”

He said he joined in solidarity with a similar message from Bishop Barry C. Knestout of Richmond, who said that “the church cannot be silent about racism.”

“Prayer — individually and as a faith community — is a start in our addressing racism,” Bishop Knestout said July 30. “It cannot be an occasional act; we should pray about it in our daily lives and in faith community gatherings.”

The statements came as the state of Virginia, and the rest of the nation, recalled the riots and violence that erupted during what was called the “Unite the Right” rally Aug. 11 and 12, 2017. The event brought together white supremacists in Charlottesville, who clashed with protesters, resulting in injuries, damage to the city, and the death of a protester, killed as one of the rally participants rammed his car into a crowd.

The event became emblazoned in the American psyche because of a tiki-torch march at the University of Virginia by the white supremacists.

“As we speak and listen, we need to examine our individual and collective consciences about this sin,” Bishop Knestout wrote in his statement. “Our prayer, dialogue and examination of conscience should lead to action — individual and community action based upon Scripture, our commitment to social justice, and the dignity of the human person.”

On Aug. 12, about 400 white supremacists planned to hold a rally in Washington, and an estimated 1,500 or so counter-demonstrators expected to gather. Catholic and other faith-based groups said they would coordinate teams to help “keep the peace” during the rally.

Brian T. Olszewski, editor of The Catholic Virginian in Richmond, contributed to this report.