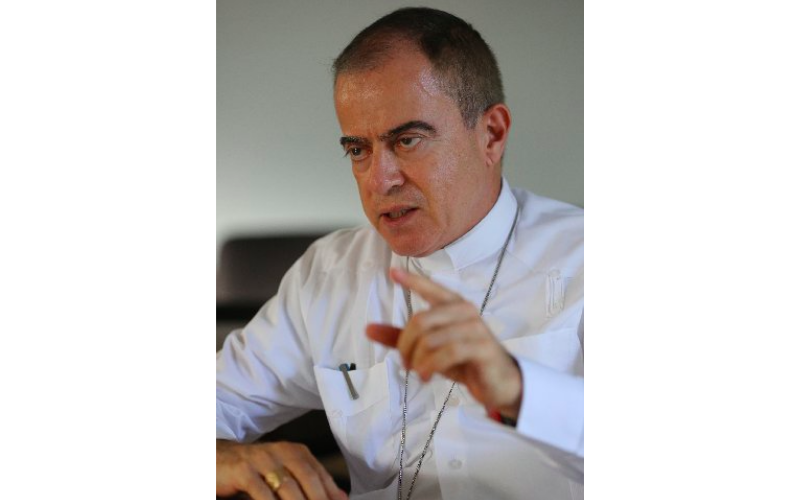 VATICAN CITY (CNS) — The coronavirus pandemic not only has added to the many sufferings of the people of Puerto Rico but also has exposed decades of inequality that is deeply embedded in the island territory’s political machine, said Archbishop Roberto Gonzalez Nieves of San Juan.

“There is another form of death that has caused as much or more destruction than the coronavirus and has installed itself in our Puerto Rican society for decades, at times in a stealthy manner and, at other times, shamelessly scandalously. It is the virus of corruption and social injustice,” Archbishop Gonzalez said in a pastoral letter published Aug. 28.

The COVID-19 pandemic is the latest in a series of woes that have battered the U.S. Commonwealth’s residents since Hurricane Maria, a deadly Category 5 hurricane, devastated Puerto Rico in 2017 and caused the deaths of 2,975 people.

Rossello faced an onslaught of criticism after the Center for Investigative Journalism published nearly 900 pages of private chats between the governor and his staff in which they make light of the victims of the 2017 hurricane as well as making violent, homophobic and misogynistic remarks about other political and public figures.

In July, amid the worsening pandemic, the Special Independent Prosecutor’s Panel announced an investigation into charges of corruption against the island’s current governor, Wanda Vazquez Garced, and several top officials.

As of Sept. 2, Puerto Rico had 33,421 confirmed cases of coronavirus and an estimated 435 people have died, according to Worldometer, a statistical site monitoring the pandemic.

The death toll “generates uneasiness since we’re unable to see an effective response,” Archbishop Gonzalez said. That raises questions about access to a safe vaccine “especially for the poorest” but also highlights the lack of “a unified effort to overcome the many injustices and structures of sin that are added to the pandemic.”

The archbishop of San Juan also appealed for a “rehabilitation of politics,” especially partisan politics, “as well as the way government is run” on the island.

“Rehabilitating politics requires men and women who love good; that is, who love God and their neighbors as themselves,” he said. “Love will enable us to achieve the unity we so much need.”

Regarding the continuing revelations of malfeasance within the upper echelons of Puerto Rican government, Archbishop Gonzalez said the island is facing its “deepest crisis of systemic and structural corruption.”

“This is painful because it undermines the credibility and vitality of democracy, the morale and hope of all, especially the poorest and most vulnerable in our society, students in public schools and the health of the poor, among others,” he wrote.

As a social, political and economic scourge “that rots and eats away at everything,” he added, corruption prevents citizens from protecting the “true, free, dignified, supportive, subsidiary, just and integral development of the common good of our land and of each of its members.”

“Let us never lose the ability to dream of a better Puerto Rico; a brotherly Puerto Rico with honest public and private service; a Puerto Rico that serves the common good and that always protects its most vulnerable,” Archbishop Gonzalez said.